This month’s release comes in two parts. The main release celebrates Disney’s Typhoon Lagoon’s 30th anniversary and the 20th Anniversary of Tarzan plus Independence Day. There are also two pins bidding farewell to Epcot’s long-running nighttime spectacular, IllumiNations – one for regular guests and one for annual passholders.

The second release celebrates the 25th anniversary of Disney’s The Lion King. This is such a big deal especially in Disney’s Animal Kingdom that there is an entire collection of pins that will be released to commemorate the occasion on June 13th.

Let’s take a look at the new trading pins released this month! 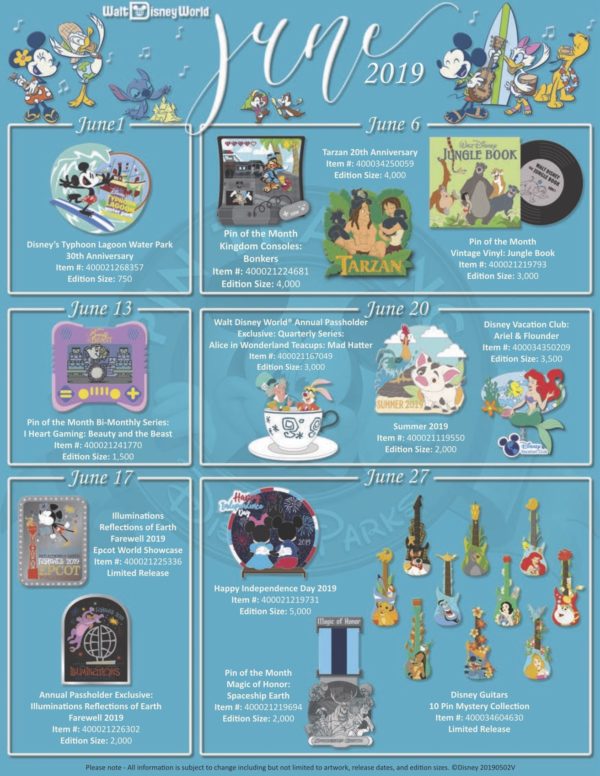 Here’s the schedule of pins being release in June 2019! 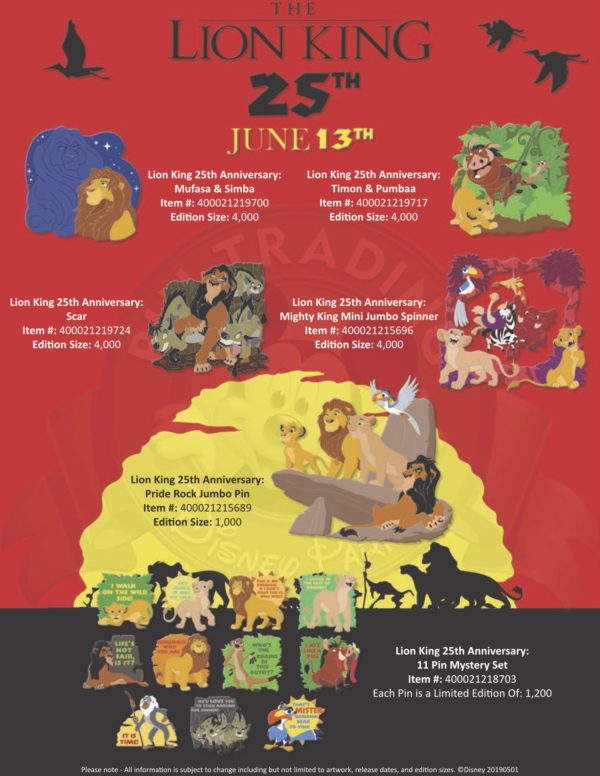 There will also be a special pin collection released on June 13th for the 25th anniversary of The Lion King!