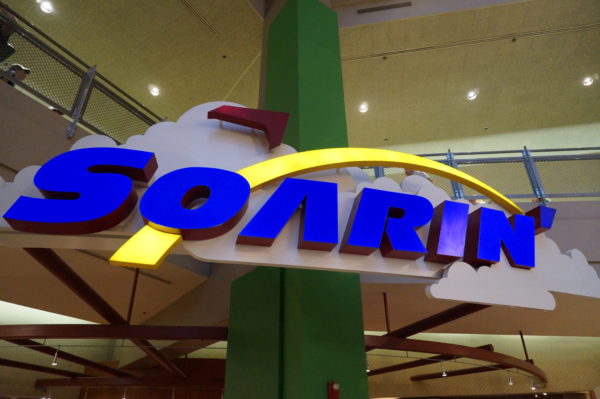 Simple enough? Check out my opinion, then let us know what your three favorites are in the comments section!

If you look at any music streaming service, you’ll find an endless amount of playlists of Disney music. Whether it’s songs from a Disney film or the catchy soundtrack to a Disney Park attraction, Disney music is iconic. Disney attractions rely heavily on the music that is played throughout the ride or show. For those diehard Disney fans, it only takes a couple notes for them to recognize the song or attraction.

The Carousel of Progress may not be the park’s most popular attraction, but for those who live for the nostalgia of Disney World, There’s a Great Big Beautiful Tomorrow is an important piece of Disney history.

I would be lying if I said that I didn’t find a 3+ hour YouTube video of the Soarin’ theme on loop. The Soarin’ track seems to be the perfect song for background noise when reading or relaxing with a nice cup of coffee. What makes this track so unique is that it can help to relax you at home but it also syncs perfectly with the attraction’s film to add to the thrills of riding Soarin’.

Sometimes, the best attractions (or songs) are the ones that help you to escape the hustle and bustle of the Disney Parks. These attractions help to take it slow and cool you off. One of Disney’s best examples of this is the Na’vi River Journey. This attraction helps bring some tranquility to your Animal Kingdom visit. One of the ways to achieve this calm state is with the use of the main track Way Tiretuä. Each time I ride the Na’vi River Journey, I can’t help but get lost in all the bright colors and soothing sounds.

What are your three favorite attraction songs – one per park?