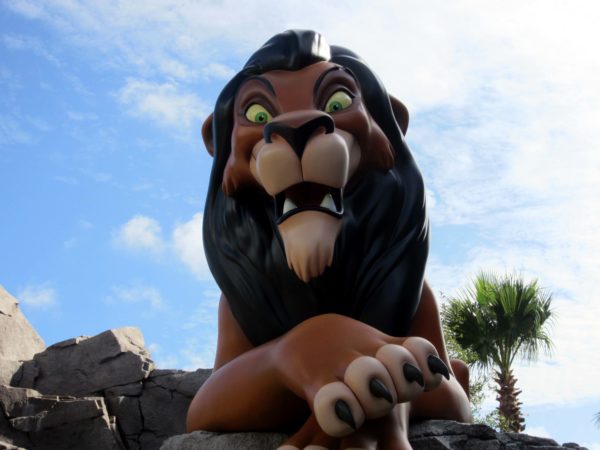 Pick the Baddest Disney Villain of All-Time: Scar vs. Maleficent

It all comes down to this. The Tournament of Disney Villains from World of Walt contributor Topher Goggin’s Not Your Mother’s Goose podcast has made reached its final matchup, and it’s a doozy: Maleficent vs. Scar for the chance to officially be named the Baddest of All-Time.

Over 1100 votes have already been cast, and you can now help pick the champ. To cast your vote in the championship match, click here. 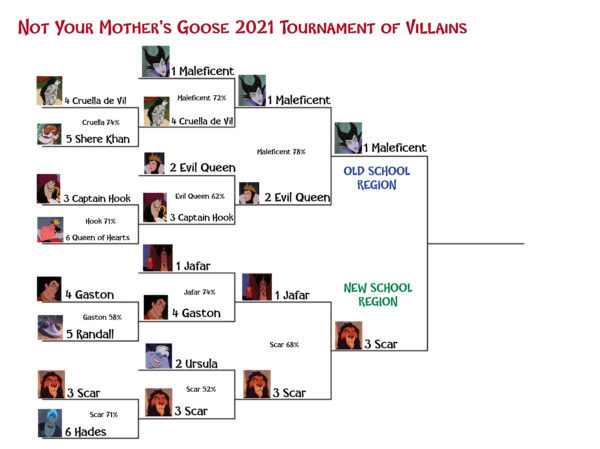 The finals should be an epic battle – the sorceress that can turn into a dragon against the devious lion who killed his brother and blamed his nephew. Maleficent steamed through the Old School side of the bracket, garnering 78% of the vote to smash Snow White’s Evil Queen in the semis. Scar, meanwhile, has been a wrecking ball on the New School side, leaving a wake of destruction following wins over Hades, Ursula, and Jafar. I’m partial to Scar myself, but this one truly looks like a toss-up that could go either way.

Voting is open from now until September 19. The champion will be announced on the next Not Your Mother’s Goose episode on September 28 and at notyourmothersgoose.com.  To listen to the show, which includes over-the-top tongue-in-cheek “analysis” of the tournament, click here.

Who is the baddest Disney Villain: Scar or Maleficent?