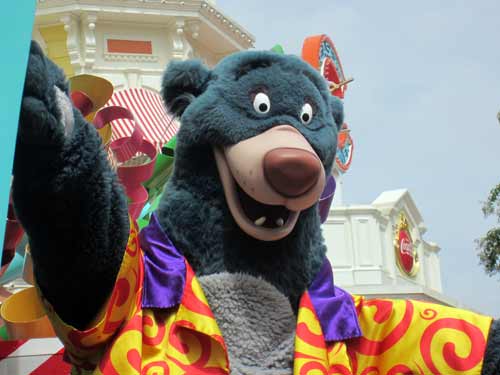 Periscope is a pretty new app that allows free live video streaming between those who choose to broadcast content and those who want to view it. Videos range from very exciting to very boring, but Twitter believed in the app enough to purchase it for $100 million in March 2015.

Disney is a popular place for Periscopers since there are many exciting events happening throughout the day. From parades to fireworks, all things Disney can be found on Periscope.

You should be aware that live streaming with Periscope drains your battery pretty quickly, and it can even overheat your phone. It’s also not the best sound and video quality, and you can’t zoom in or out or do other fancy video tricks, but the positives far outweigh the negatives.

Because the video and sound quality is less than perfect, broadcasting on Periscope doesn’t use much data. Plus, if you’re connected to wi-fi, you won’t be using any data! Some other settings allow you to make your video public or private, set who can comment, and whether to share the video on Twitter.

Approximately 10-15 minutes before you begin broadcasting, send out a tweet alerting your followers what you plan to broadcast and when you will begin. This will allow followers time to receive the tweet and log in to the Periscope app without missing anything. You should also begin broadcasting at least a few minutes before a show actually starts. No one wants to start watching Wishes halfway through! If you can prop your device against something steady like a wall or on a tripod, your viewers will be much happier. You should also use occasional commentary (when appropriate) to communicate with your viewers (more on why this is important later).

Finally, if you plan to broadcast live from the Disney Parks, you should always follow safety rules and Cast Members’ instructions. This is not only for your safety but for the safety and enjoyment of those around you. You never want to obstruct the view of other guests.

If you need a Disney Fix, Periscope can be an excellent way to get it since the videos are live. Both Apple and Android users can access the app using Twitter, and you can search by geographic location to find exactly what you’re looking for. What’s more, the app itself is free and there are very few advertisements, so you won’t find your feed cluttered up or your video interrupted.

If you’d like to communicate with the broadcaster, you can comment via text on their live stream, but they can’t reply via text. If you’d like a reply, ask a specific question, and the Periscoper can actually talk to you. This is where the live commenting is important for the broadcaster. If you’d just like to let the person know how much you like their video, you can provide feedback in the form of hearts. These hearts are visible to both the viewers and the broadcaster. Simply tap the screen if you like something, and the heart will appear. The best part is you can get your Disney Fix from the comfort of your own home or wherever you happen to be!

Have you tried broadcasting or viewing a Disney-related Periscope?