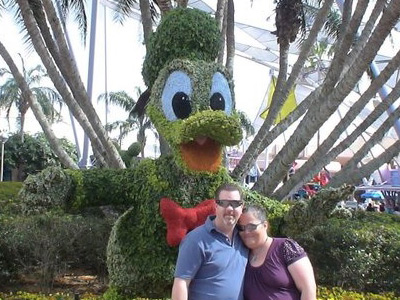 When I ran an article about talking about people who move to Florida to be close to Disney, I was amazed at the response. Hundreds of people responded on our Facebook page at www.facebook.com/worldofwalt.

A few folks said they weren’t interested – they wanted to stay close to family, they didn’t like the heat and humidity, or they just wanted to keep Disney special.

But the vast majority said they would love to move to Florida to be closer to Disney World.

I asked a few of the brave folks who actually made the move to share their stories.

Here are some questions and answers with Paige and Heidi, who made the big move to Orlando.  There stories may inspire you.

Question: When and why did you decide to move?

Paige: We moved in 1996. My husband at the time, Ron, was laid off from the company he worked for in Ellijay Georgia. His employer decided to move their entire operation to Mexico. With a family of 5, (Anika age 8, Christopher age 6 and Valkyrie age 4) I was thinking about making sure that we had good benefits for the kids. Ron could not find a job within 75 miles – mainly because both Levi Strauss and Robert Shaw both closed their plants within a month of each other leaving about 700 people looking for work in a very rural area. We made a trip down to Disney just to bring the kids and my mother in law down because they had never been. The kids fell in love with Disney (what kid doesn’t!) and Ron saw how happy people seemed to be who worked there. When we got home to GA, I began talking to him in earnest about making the move, and finally he agreed. I have wanted to work at Disney since I first saw Walt Disney World in February of 1972. Ron began working at Dixie Landings as a third shift custodian in 1996. I began my career in Adventureland Merchandise a few years later when the kids were all in school in 2001.

Heidi: We had been vacationing at Disney for about 10 years. We always said that “this is where we want to be”! When the opportunity to sell our home came along, we grabbed it! We moved July 4th weekend, 2012. The physical move was, thankfully, uneventful. We rented a U-haul, with a trailer for our mini-van, and set out. Aside from my husband complaining about driving the truck, all went well. I originally got a job at Discovery Cove at Seaworld. My husband found work at a furniture store. I was lucky to get a job at Walt Disney World in September. My husband took a bit longer. He found a job there last March.

Question: What do you like best about living near Disney World?

Paige: I am a true Disney Fanatic. I have loved everything Disney since I was little. My Father brought me down for the first time in February of 1972 from the frigid mountains of Catskill, New York. He loved it so much that we made an annual trek to the Polynesian Resort every February from 1972 until 1991. He passed the following year. I made him a promise that I would make sure his grandchildren got to enjoy Disney at every chance they could. I kept that promise. The parks are where I go to unwind and relax. The fireworks bring back some wonderful memories, and the lazy river at the water parks are the perfect getaway.

Heidi: It makes dropping by after dinner or for only short stays simple. We can also see Wishes from our lanai!

Question: What do you like least about living near Disney World?

Heidi: The traffic anywhere near the parks is pretty constant.

Question: What advice would you give to someone else who is considering the move?

Paige: Yes, Disney is a wonderful company to work for. The benefits are second to none, but do not expect to make your fortune working for Mickey. If you decide to make the move, keep in mind that things are expensive down here because of the tourists. Working at Disney will not allow you to be a one income family – ever. Unless you are upper management, be ready to make less than 25k a year. Most of us barely make 22k a year. The work is hard, and the thanks are few. It takes a great deal of Pixie Dust to meet the demands and expectations of the guests. To work for Disney is a true labor of love – love for the man Walt Disney and everything he loved and created. If you do not truly love Walt, and all the magic that his heart created, then you will be miserable. However, if you are a true Disney FANatic, and you love to get paid in smiles and pixie dust, then you will find your dreams. I did.

Heidi: Do it! We really just rolled the dice; and things could not have worked out better!

Question: Do you have any regrets?

Paige: No. I loved my years at Disney and would LOVE to work there again. But my body just won’t let me anymore 🙁

Heidi: The only two things we miss about New Jersey are 1) not having a barbecue since we live in a condo. 2) we lived very close to Sandy Hook in NJ, so we really miss the beach.

Heidi: Sometimes, following your dreams can seem too risky. Some may never do it. Those that do are greatly rewarded!!

Are you inspired by these stories?