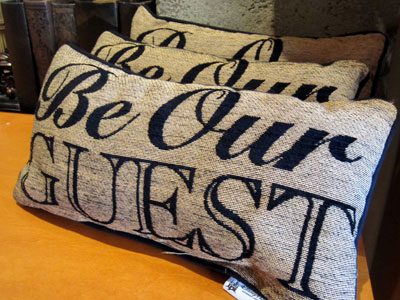 For a long time, Disney offered a program called the Guest Assistance Card (GAC). Generally speaking, the GAC allowed many guests to get directly into attractions and bypass waiting in line, depending on their disability.

In May, 2013, articles started to appear claiming that rich folks (the so-called “one percent”) were paying disabled “tour guides” to help them skip the lines when they were actually able to wait in line. In effect, the reports said that people were taking advantage of those who were legitimately eligible for a GAC. A public relations mess erupted.

As a result of the outcry of GAC abuse, Disney made a change. In October, 2013, Disney implemented a new system called Disability Access Service (DAS). Disney instructed guests who needed accommodation to visit Guest Services to request a DAS card. Disney took their photo and put it on the card. Disney also set up kiosks where people could request a return time for attractions.  The return time was dependent on the current wait time for the general public. Under this system, disabled guests didn’t get automatic, immediate entry to attractions as they often did with the old GAC program. Under the new DAS, they had to wait the same time as other guests, but they did not need to do their waiting in the queue lines.

The DAS was similar to the old FastPass system in that guests received a scheduled return time and didn’t have to spend their waiting time in a queue line. It was different in that there was no capped availability. FastPasses often ran out for popular attractions, but there was no limit for DAS.

The lawsuit raises concerns in many areas. Here are some of them:

The text of the lawsuit talked about how wonderful the now-gone GAS process was. It states the following regarding the old GAC:

…policies and procedures which wonderfully accommodated Plaintiffs’ special needs. Visits to the Disney Parks became among the most, if not the most, joyous and eagerly anticipated experiences in Plaintiffs’ lives.

The lawsuit goes on to talk about how terrible the new DAS process is. It states:

The systems, policies and procedures associated with the Disability Access Service which Disney rolled out in October of 2013 were certain to create discrimination against Plaintiffs, and it was obvious that the community of persons with cognitive impairments would be harmed by the DAS.

The lawsuit also claims the new DAS makes the disabled wait longer than everyone else:

The lawsuit also basically accuses Disney of publicizing and over-reacting to the story of rich “one percent” guests hiring disabled “tour guides”, saying that was never a real problem. They claim that it was part of a deception to get rid of the old GAS and implement the new DAS. The lawsuit states:

The “rented invalid” problem never existed to any extent which necessitated a massive overhaul of Disney’s policies for accommodating disabled persons. Rather, Disney influenced the release and/or spread of such articles, for the specific purpose of creating cover for its planned rollout of the DAS program. Disney wanted the public to view the “rented invalid” problem as an epidemic of fraud, with Disney as its victim.

While I’m not a lawyer, based on my research, it is my understanding that the Americans with Disabilities Act requires that organizations make modifications that will give disabled people the same full and equal enjoyment that non-disabled people receive. However, it doesn’t mean that Disney must make “any and all” accommodations. It just requires “reasonable” accommodations;  so the question the court may need to address, if this case actually gets to court, is whether the new DAS provides “reasonable” accommodations.

In response to the lawsuit, Disney said:

Disney Parks have an unwavering commitment to providing an inclusive and accessible environment for all our guests. We fully comply with all ADA requirements and believe that the legal claims are without merit.

Disney also went on to say:

Our Disability Access Service is designed for guests who, due to certain disabilities, cannot tolerate extended wait times at attractions. In circumstances where the service might not meet guest’s needs, we work individually with guests to ensure we are able to accommodate them.

What The People Suing Want

The lawsuit states that the people who entered the lawsuit,the plantiffs, want Disney to do a number of things, including:

reasonably modify its policies, practices, and procedures to afford Plaintiff with an opportunity to experience Disney’s goods, services, facilities, privileges, advantages, and accommodations

Awarding reasonable litigation costs as may be determined by the Court in favor of Plaintiff and against Disney; and Such other relief as this Court may find just and equitable.

Again, I’m not a lawyer, but it seems the people who are suing want Disney to change the DAS program and pay them some money.

Do lawsuits like this make you angry, or is this justified?
Leave your comments below?