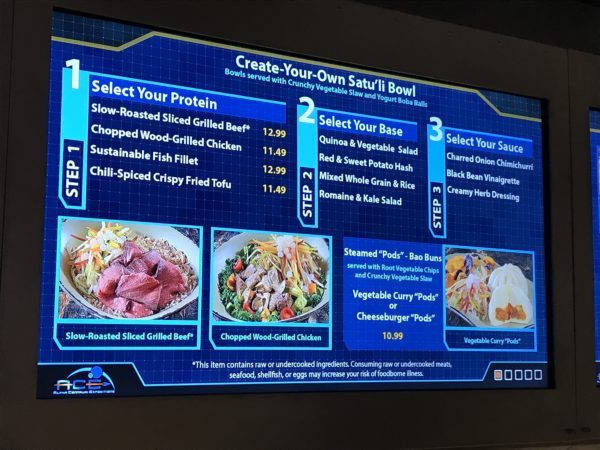 Satu’li Canteen opened in Pandora – The World of Avatar, the new land in Disney’s Animal Kingdom, this summer. This quick-service dining location is the only full-service restaurant in the land, and they have some pretty unique dishes, most notably the steamed pods.

Satu’li served Cinnamon French Toast, Scrambled Eggs, and Bacon Spinach Steamed Pods starting at park opening, but with hours changing as crowds are decreasing with kids back in school, the Canteen has temporarily discontinued breakfast, which was only served until 10am.

This means that during the busiest times of the year, like around Thanksgiving, Christmas, Spring Break, and Summer Break, Satu’li will likely bring back their breakfast menu.

Don’t worry! There are plenty of other locations to eat breakfast in Animal Kingdom like Yak & Yeti, Creature Comforts, Kusafiri Coffee Shop and Bakery, and the character breakfast at Tusker House.

Did you try breakfast at Satu’li Canteen?  How was it?