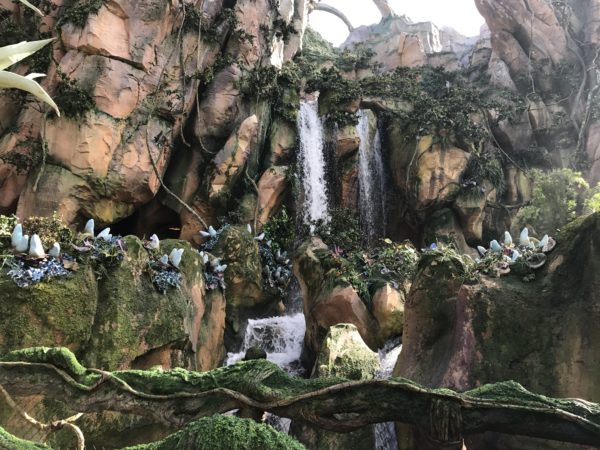 Pandora Draws Crowds Away From Other Disney Parks, Where Attendance Drops

Development for Pandora – The World of Avatar started way back in 2011 when Disney approached James Cameron to discuss an exclusive licensing agreement that would include, among other things, a land devoted to Pandora, the moon setting of Cameron’s movie, Avatar, in Disney’s Animal Kingdom

The moon, located over four lightyears from Earth is a peaceful, magical environment with tropical plants that glow at night. Disney recreated this setting, taking place a decade after the movies, in Disney’s Animal Kingdom, and became the largest expansion ever to Disney World’s fourth theme park. It finally opened on Memorial Day Weekend this year, and, at least initially, attendance soared.

First a Bump, Then a Drop

According to TouringPlans.com, park attendance between May 27th and June 7th was up 18% in Animal Kingdom alone. These seem like good numbers, but it didn’t last. Now, park attendance (average attraction visitors per hour) is up just 4% meaning that most people who visited Disney World specifically for Pandora have done so and now Disney is back to the average summertime attendance.

Even still, wait times for Flight of Passage and Na’vi River Journey, the two attractions in Pandora, are consistently above an hour. However, other parks are seeing lower attendance, which means park goers are spending less time on older attractions in favor of visiting newer attractions.

Epcot and Disney’s Hollywood Studios are faring the worst at 6% and 4% loss in attendance respectively (remembering that attendance here means the average number of people visiting an attraction per hour) between June 8th and June 29th, 2017. Magic Kingdom is still doing well at a loss of just 2% between the same dates.

What’s worse is that Pandora’s attendance didn’t do for Disney World what Disney’s largest competitor, Universal Orlando, experienced when The Wizarding World of Harry Potter did at Islands of Adventure.

It’s not all bad news though. Disney’s Hollywood Studios is set to open two new lands: Toy Story (with an expected, though unconfirmed 2018 opening date) and Star Wars in 2019. With the huge renovations taking place here, much of the park has closed, so it make sense that fewer people are visiting.

It’s unclear why Epcot numbers are down besides the fact that it is in desperate need of an update, which is one of the expected announcements at the upcoming D23 conference. If both of these new areas do well, all four of the Disney World theme parks will have been updated in recent years.

Regardless, it seems that the newness of Pandora may be wearing off. The land was supposed to make Animal Kingdom an all-day park, and Disney even designed an unrelated nighttime show for the park to accommodate all of the guests they expected at night. Now, the park is opening an hour later and closing an hour earlier. Could it be that in the winter time, when attendance is much lower, Animal Kingdom will revert to a day-time park only? It’s unlikely, but hard to tell.

Fortunately, even with attendance down, revenue is likely similar or even more than in years past since guests are paying more for park tickets and rooms in the Disney resort hotels.

Disney crowds are down.  Did Pandora fail to deliver?