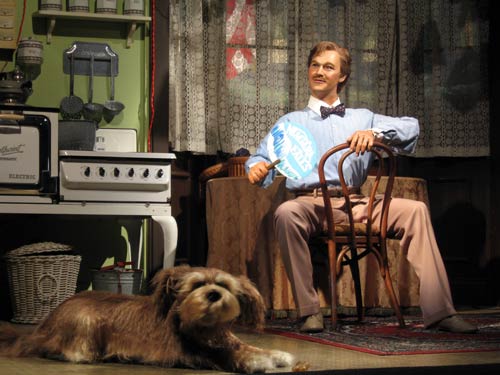 The Magic Kingdom has some show-stopping attractions. Space Mountain, while it isn’t the fastest roller coaster, truly transports you out of this world. Pirates Of The Caribbean is a classic, with plenty of audio animatronics and frequent updates (from Captain Jack Sparrow to mermaids) that still keep the ride fresh. And the Haunted Mansion, even with its primary technologies that were developed in the 1960s, still delights guests with amazing effects and fun storytelling.

Those show-stopping attractions, and many others, are a primary reason why people flock to the Magic Kingdom. It’s part of the reason why it is the most popular theme park in the world.

But there are plenty of other attractions at the Magic Kingdom. Some are often overlooked. Some are underrated. But they are all still really good.  And you don’t usually have to wait in a long line to see them.

Let’s take a look at four of my favorite attractions that are unfairly overlooked and underrated:

The Magic Kingdom can bombard you with sights, sounds, smells, and over-the-top experiences. It can overwhelm you. Fortunately, there is a place you can escape the crowds and spend a little time with nature. You can wander a trail or explore a cave. You can check out a fort or navigate a rope bridge. And you can think about what it would be like to meet Tom Sawyer, Huck Finn, and Injun Joe. Tom Sawyer Island in Frontierland is the perfect place to relax and be a kid. Burn off some energy, or sit on a bench. You have to get there by boat, which means that it takes a few minutes. But that is part of the fun, and part of the reason why the island isn’t constantly overrun.

Especially for those folks who aren’t country music fans, they might skip by the Country Bear Jamboree. That’s a mistake. The characters are hilarious, the humor is corny but delightful, and the show is fun. The theater is smaller than many others on Disney property, which makes the experience more intimate. Even though Disney reworked the Country Bear show, it is still politically incorrect and fun in a wonderful way.

If you’ve never experienced it, it’s hard to explain why the PeopleMover is such a wonderful attraction. It doesn’t move fast, it doesn’t go upside down, and you end up right where you started. But the leisurely tour around Tomorrowland gives you a preview of Tomorrowland and a peak into what the future might be in a storybook-kinda way. And somehow the tranquil experience gives you hope of a better tomorrow.

One of the best, but invisible, parts of The Carousel of Progress is that Walt Disney himself was personally involved in the design and development of it. If you watch the short pre-show on the video monitors before entering the theater, you will see Mr. Disney talking with the Sherman brothers about the development of the music for the show. The narrator tells you that, when it comes to the show about the progress of the American family, “Walt loved it.” Not only do you get a tour of the role of electricity and its impact on America, you get it through a (still) innovative theater system with a fun story that has both plenty of humor and plenty of heart. It’s nostalgia at its best.

No Lines, Lots Of Fun

Unless you are visiting the park on one of the busiest days of the year like Christmas or New Years, it is very unlikely that you will have a wait of more than a few minutes for any of these overlooked attractions. Mostly you will just need to wait for the next boat to arrive, or for the next show to begin. But with any of these classic, overlooked Magic Kingdom experiences, you will get a bit of nostalgia and have a lot of fun.

What is your favorite overlooked attraction at the Magic Kingdom?