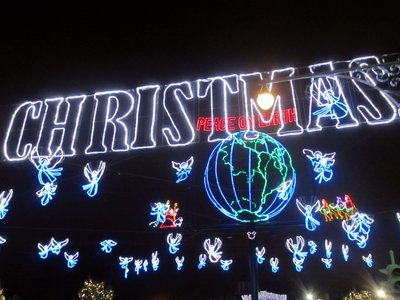 Each year the Streets Of America in Disney’s Hollywood Studios comes alive with a display of millions of Christmas lights. The event, officially called “The Osborne Family Spectacle of Dancing Lights” was derived from a Christmas display originally conceived by Jennings Osborne in Arkansas. Check out the story, it’s fascinating.

The display is called “dancing lights” because about every 10 minutes Christmas music plays and the lights blink on and off, choreographed to the music. Songs include numbers from the Trans Siberian Orchestra as well as more traditional tunes like Jungle Bells.

It is hard to really take in the scope and size of the display without seeing it in person, but I will try to give you a taste of the event in photos. 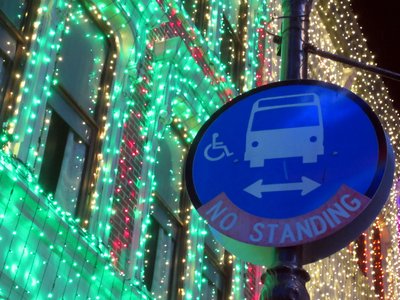 The bus sign says no standing, but there are plenty of folks standing around looking at the lights. 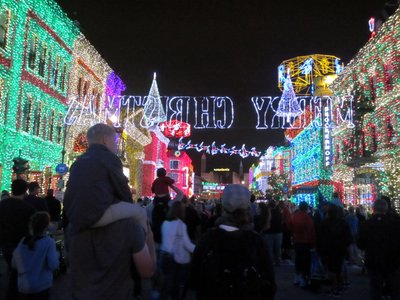 In fact, the crowds can be huge. 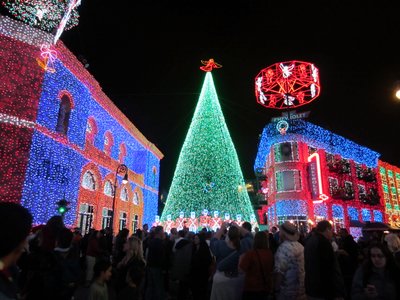 There is plenty to see, including this huge Christmas tree. 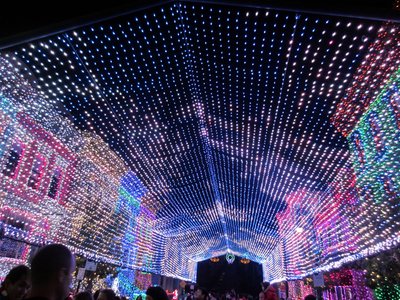 This canopy literally covers you in lights that change and dance. 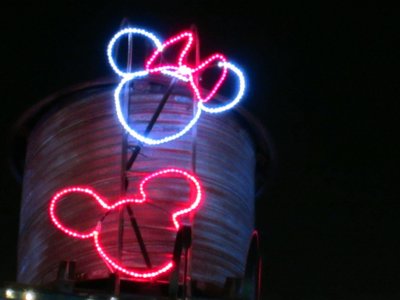 If you look carefully you will see this tribute to Mickey Mouse and Minnie Mouse. 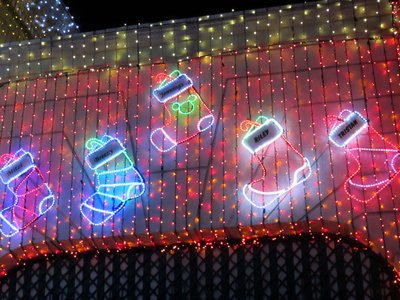 Here is a nice tribute to Jennings Osborne, the man who started the display. 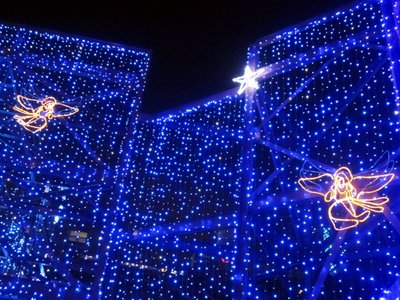 There are plenty of Angels to see, in the sky and on the buildings. 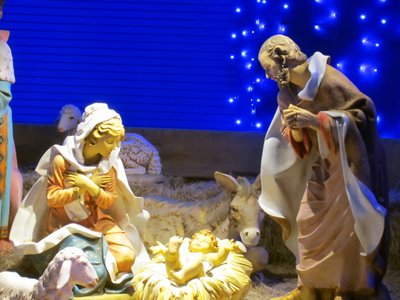 The beautiful nativity scene in in a different location than in the past – now it’s near where most people enter the street.