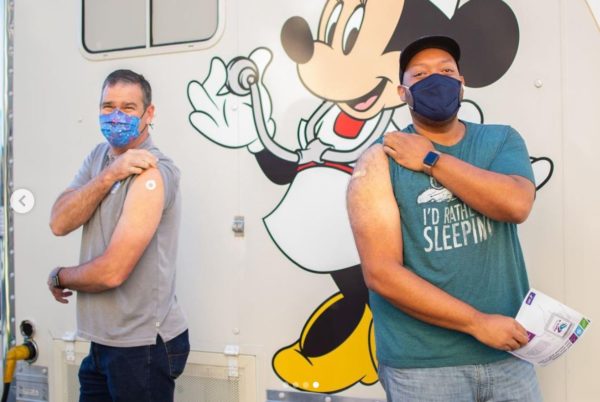 Mayor Demmings updated residents on the state of Orange County and their efforts to vaccinate those wanting one of the three vaccines. According to Demmings, the county is quickly approaching a 50% vaccination rate of eligible residents (16 and older).

Once a 50% rate has been reached, Orange County will officially lift the outdoor mask mandate.

What does this mean for Walt Disney World?

Over the past few weeks, we have seen some CDC-recommended restrictions lightened or lifted in Florida, but the Walt Disney Company elected to keep their own policies (often more restrictive than the state’s procedures) in play. Locations, like Walt Disney World, are private property which allows the company or landowners to determine their own COVID-19 policies.

That said, Walt Disney World is taking steps to loosen some COVID-19 protocols. It was recently announced that WDW, along with several other Central Florida business, would eliminate temperature checks. Disney also said that guests do not need to wear masks when taking photos.

Do you think Disney World will remove their mask mandate when 50% vaccination rates are met?