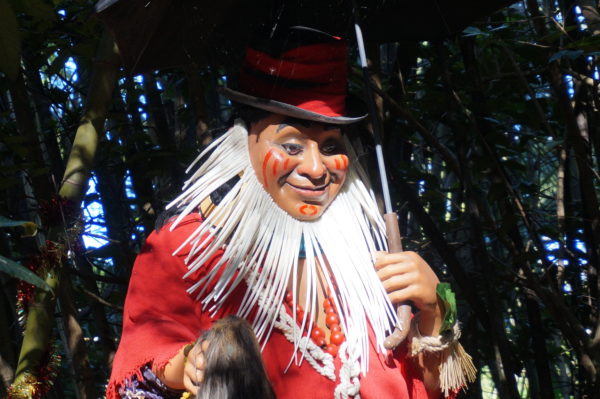 Opinion: First Splash Mountain – What Other Disney Attractions May Change Next?

Disney Legend Marty Sklar documented that Walt Disney believed the Disney Parks would never be complete. This thought left the door open for Imagineers to change, add, and adapt as they deemed necessary. This blank canvas mentality has allowed us to receive new attractions and shows that we now have come to know and love.

We received official news that Splash Mountain would be completely rethemed to now feature an overlay based on Disney’s The Princess and the Frog (2009).

Walt’s famous opening day Disneyland speech stated, “to all who come to this happy place, welcome” and the reality is that Imagineers are making a conscious effort to do just that. A place where someone can forget about the stresses of life and enjoy a Mickey Bar alongside some of their favorite characters.

Unfortunately, there are certain attractions and scenes that may make certain individuals uncomfortable or feel unwanted. Change can be hard but change also can be something that is needed even if doing so appears, for the moment, to be a controversial decision.

As I wrote this article, I took a look at all the shows and attractions at Walt Disney World and gave legitimate thought regarding what scenes or attractions I thought may be next on the list to be overhauled or changed.

I have no information about what, when, or if Disney Parks plan to change in the future. What I can say is that I believe Splash Mountain is only the tip of the iceberg when it comes to modernizing attractions at WDW. This list consists of attractions that I believe will be looked at for possible changes, I will not express whether the changes are right, wrong, or indifferent.

When Disney+ was released in the United States, it didn’t take long for the company to add pre-show warnings about outdated humor, stereotypes, depictions, or subject matter was needed to keep up with modern times (and avoid complete censorship).

One of the first films to get this warning was Peter Pan.

The 1953 film features a few scenes that could be considered offensive. The first is the idea of Peter Pan and the Darlings smoking from a tobacco pipe.

It’s hard to see Disney allowing this scene to continue and be a part of Peter Pan’s Flight after posting a content warning for outdated depictions on the film. With this warning, Disney admits there could be an issue and almost surely will need to work the attraction scene out of the attraction in the coming years. I draw comparisons to Splash Mountain for this attraction. The Disney company taking a stance on the film, Song of the South, acknowledges an issue. Logically, although it took 3 decades to figure out, the company could not ban the film but still be willing to use its characters and music without people questioning how or why.

One of the most notable authors in American literature, Mark Twain, is referenced in the Parks quite often. Twain’s most famous work The Adventures of Tom Sawyer even has its own area in Disney World titled Tom Sawyer Island.

The Island, which is situated in the middle of the Rivers of America, has had various attractions over the lifetime of the Parks. At the Magic Kingdom today, Aunt Polly’s a seasonal restaurant located on Tom Sawyer Island, serves up sandwiches and quick snacks. Not far from Aunt Polly’s, guests are able to explore Fort Langhorn. The most memorable part of the Tom Sawyer Island is the journey to get to the Island by way of a log raft.

The Adventures of Tom Sawyer, the novels, have long been the subject of controversy due to the language used by Twain. Racial epithets are routinely used throughout the books which have resulted in many schools banning the use of the stories in literature curriculum.

In my opinion, it’s only a matter of time before Disney, too, draws this connection and changes the name of the Island to something related to one of their intellectual properties. Like Splash Mountain, Tom Sawyer Island does not use the epithets or directly display outdated depictions of different races, but its connection to its namesake and elements of The Adventures of Tom Sawyer could be looked down upon. The name change would be a fairly easy overhaul and a refreshment that could result in Tom Sawyer Island attracting more visitors.

The Jungle Cruise is an iconic piece of Disney history. The stories of Walt Disney and his love for this attraction have been well-documented. Walt would often tour the half-built attraction by driving a vehicle around a drained riverbed.

The Jungle Cruise took on a lot of changes from Walt’s initial plans for the attraction. Most notably, on opening day, the attraction was absent of living (yes…real) animals, and in their place were a number of the animatronics we see today.

The idea behind the Jungle Cruise also changed. At its inception, the attraction was made to be an educational journey into parts of the world most of us will never get to see. Slowly, the attraction started to change and the tone of the attraction developed into the humorous journey we go on today.

Also added to the Jungle Cruise were animatronics of humans made to depict locals.

Critics look to these scenes as being extremely problematic in their characterizations of native people. For example, a scene that includes Trader Sam, jokingly offering you a deal of “two of his heads for one of yours”.

The critics of these scenes believe that the depictions used show native people to be uncivilized and dangerous. The Jungle Cruise has long been a topic of discussion on what needs to change at the Disney Parks. There are several petitions online (like Splash Mountain not long ago) that call on Disney to address these issues.

I do not believe we will ever see the attraction completely removed like some call for, but I can foresee these scenes quickly changed if the 2020 film with the same name does well at the box office.

“Blood on the Saddle”; “All the Guys That Turn Me on Turn Me Down”; “Tears Will Be the Chaser For Your Wine”; if I listed off these song titles and asked the average person to name where they are from, I would be inclined to say a number of people would never guess Disney World.

Disneyland has long since seen their Jamboree removed, but the Magic Kingdom’s is still in operation with most of the original content in place. Over the last few years, there have been constant rumors that the end for the Country Bear Jamboree was looming, rumors that are typically denied by Disney Parks.

As our current culture changes, I do believe that the days of Country Bear Jamboree are numbered. There would always be an option to simply change the soundtrack Jamboree, but I think Imagineers would look to the current location of the Jamboree as prime real estate (especially with the current parade route).

The depiction of different cultures has been the topic of discussion while looking at most of the Disney attractions on this list. The history of Walt Disney’s Enchanted Tiki Room, on either coast, has been a journey of constant ups and downs. At its initial opening, the attraction was a huge hit. As time went on and the maintenance of the birds slowed so did the number of attendees. The Tiki Room saw a number of theming changes, but ultimately the show went back to a script closer to the original.

The problem that some have with Walt Disney’s Enchanted Tiki Room is the depiction of native culture. Of all the attractions listed, I find the Tiki Room to be the least likely to change.

The Haunted Mansion has been playfully scaring guests for decades. There are a few scenes in the Haunted Mansion that could scare even some of the bravest of souls, but there is one scene that stands out among the rest when it comes to guests’ legitimate concerns.

If you have ever been on the Haunted Mansion, you probably remember the now infamous stretching room pre-show. In this room, you see the walls stretching and your ghost host daring you to find a way out.

It is at this point that the lights go out and high above your head is the scene of a hanging body. This scene has drawn a lot of criticism online recently, and there has been a big push for it to be removed. The removal could be a fairly easy fix since the Disneyland version changes to a scene of Jack Skellington during Halloween and Christmas.

What Will The Future Hold?

Sometimes I take a look at all of the changes that Disney Parks have implemented since the 1950s, and I wonder: what would Walt think? Would he be proud? Would he be mad or sad?

Obviously, we will never know what he would truly think, but one thing is for sure; Walt wanted a Disney Park to be a place that every and any family could go and forget about the real world. A place where everyone felt welcome and wanted. The Imagineers are reevaluating the Parks to maintain Walt’s vision well into the future.

Now that Splash Mountain will change, do you think other Disney attractions will too?