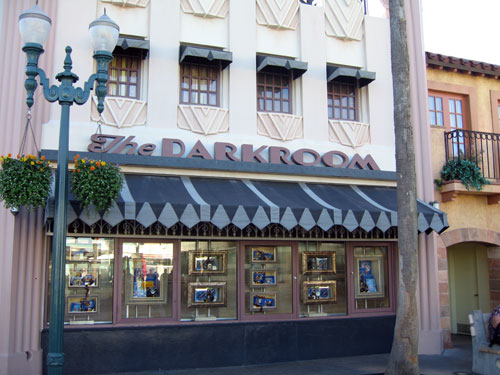 Sometimes the term “old fashioned” is in the eye of the beholder. Something that seems standard to one person might be considered old to another.

While Disney is widely known as a forward- thinking organization with plenty of focus on the future, you can still find a lot of old fashioned things around the Walt Disney World Resort.

Let’s take a look at five things you can still find around Disney property:

Near many restrooms, in both the sparks and the resort hotels, you will find a relic that will bring back a flood of memories from the pre-smart phone era: honest-to-goodness pay phones. These phones will gladly accept your quarters and allow you to use a handset cradle that looks like it was built for heavy-duty military use. They are very cool in a retro-kinda way, but personally I haven’t seen anyone use them in the past few years.

The rise of the smart phone strikes again. Some of you will remember the days when you had a camera that took rolls of film. Of course, you needed a place to buy an extra roll of film or two on your vacation, and Disney World delivered. You can still find the Camera Center in Epcot beneath Spaceship Earth, and you can find The Darkroom store on Hollywood Boulevard in Disney’s Hollywood Studios. They still sell “disposable” cameras, but I’ve been hard pressed to see real film for sale (I assume it may be in there somewhere).

Once upon a time, people purchased up these pieces of paper with artwork on one side and white space on the other. They wrote greetings to friends and family, purchased a stamp, and put them into a metal container called a mail box. Days or weeks later, it would arrive at its destination. It seems that smart phones struck again. With Facebook, Pinterest, and even good old e-mail, your greetings from Disney World can now arrive instantly.

Do you still have a long, thin wire that sticks out of your car to pick up radio signals? This device is known as a “whip antenna.” According to a 2008 article in the Seattle Times, only about half of new vehicles sold in the US had one of these antennas. When you remove trucks from the statistics, only about 25% of cars have them. And that was several years ago. They have been replaced by antennas built into the car’s glass, or a fancy and shorter antenna called a “shark fin antenna.”

But Disney still sells antenna toppers. Maybe people have found a creative use for the antenna topper that doesn’t actually involve an antenna.

These days, it seems many people just listen to podcasts or music on their smart phone, meaning that antennas aren’t as necessary as they once were. Maybe smart phones will devastate the antenna toppers, too?

Finally, an item that wasn’t devastated by the smart phone! The Electrical Water Pageant started its first voyage on October 25, 1971 – also known as “Dedication Day.” So it wasn’t quite there for opening day on October 1, 1971, but it was close. It harkens back to a simpler day (who would put the words “electric” and “water” in the same sentence these days for fears that lawyers might come out of the woodwork). The barges are about 25 feet tall, and there are 14 different units that float around the Seven Seas Lagoon and Bay Lake, putting on a fun show for people in our around Disney’s Grand Floridian Resort & Spa, Disney’s Polynesian Resort, Disney’s Contemporary Resort, Disney’s Fort Wilderness Resort & Campground, and Disney’s Wilderness Lodge. It was the Water Pageant that was the inspiration for the Main Street Electrical parade which originally opened at Disneyland in 1972.

The Electrical Water Pageant is still fun, and I recommend checking it out. It is kinda old fashioned, but in a good way.

Are you a fan of the old-fashioned items, like postcards, that Disney still sells?