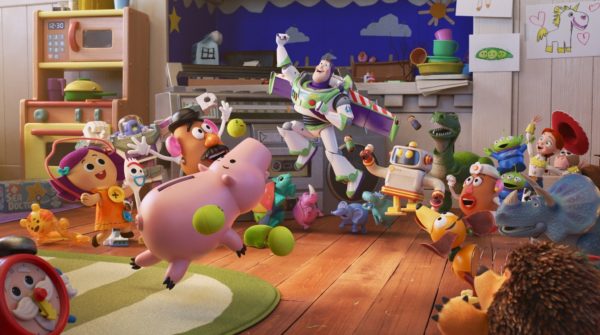 In this edition of Now Streaming On Disney+: Pixar releases their newest form of shorts and Marvel’s WandaVision continues.

Pixar Popcorn (2021): Pixar Shorts have been a major part of the success that the company has achieved. If full-length films are for the general public, then Pixar Shorts are for the diehard Pixar fans (even getting their own attraction at WDW’s EPCOT). Now, characters from the full length films will have their own shorts in Pixar Popcorn. “Grab a quick snack of Pixar! This collection of mini shorts stars your favorite characters in all-new, bite-size stories. Created directly by Pixar animators as a quick pop of Pixar fun“.

Wanda Vision Episodes 3 (series, 2021): “WandaVision” is a blend of classic television and the Marvel Cinematic Universe in which Wanda Maximoff (Elizabeth Olsen) and Vision (Paul Bettany)—two super-powered beings living idealized suburban lives—begin to suspect that everything is not as it seems”.