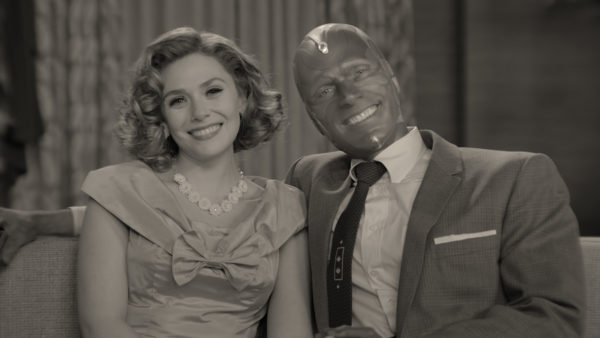 In this edition of Now Streaming On Disney+: we pop back over to Cherry Tree Lane, plus we get a new chapter in the Marvel Universe.

Isle of Dogs (2018): Isle of Dogs has had a strong fan following since it’s release in 2018, the film was even nominated for an Academy Award for Best Animated Feature. Fox Spotlight had the following description of the stop-motion film: “ISLE OF DOGS tells the story of ATARI KOBAYASHI, 12-year-old ward to corrupt Mayor Kobayashi. When, by Executive Decree, all the canine pets of Megasaki City are exiled to a vast garbage-dump called Trash Island, Atari sets off alone in a miniature Junior-Turbo Prop and flies across the river in search of his bodyguard-dog, Spots. There, with the assistance of a pack of newly-found mongrel friends, he begins an epic journey that will decide the fate and future of the entire Prefecture“.

Mary Poppins Returns (2018): It’s time to drop back in on Cherry Tree Lane with the Banks family, and of course..Mary Poppins. The film returns Disney back to a style of film making and animation that has been used by the studios in years. Disney describes Mary Poppins Returns as : “In Disney’s “Mary Poppins Returns,” an all new original musical and sequel, Mary Poppins is back to help the next generation of the Banks family find the joy and wonder missing in their lives following a personal loss. Emily Blunt stars as the practically-perfect nanny with unique magical skills who can turn any ordinary task into an unforgettable, fantastic adventure and Lin-Manuel Miranda plays her friend Jack, an optimistic street lamplighter who helps bring light—and life—to the streets of London“.

Wanda Vision Episodes 1 and 2 (series, 2021): A new chapter in the Marvel Universe is now open. “WandaVision is a blend of classic television and the Marvel Cinematic Universe in which Wanda Maximoff (Elizabeth Olsen) and Vision (Paul Bettany)—two super-powered beings living idealized suburban lives—begin to suspect that everything is not as it seems“.