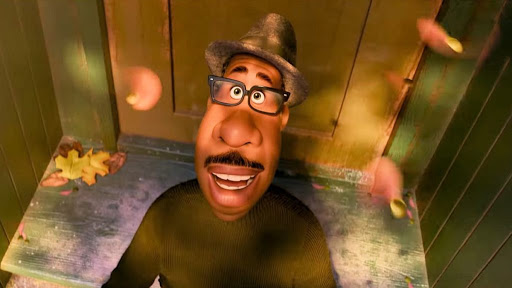 In this edition of Now Streaming On Disney+: we dive deep into the ocean, we get not one, but two Jim Carrey films, plus everyone’s favorite out of this world talk show returns.

Earth to Ned: Returning back to earth is Jim Henson’s Earth to Ned. Disney+ describes this out of world show as: “a late-night talk show hosted by alien commander Ned and his lieutenant Cornelius, who call off the invasion of Earth after they fall in love with human culture. Broadcasting from the bridge of their spaceship, hidden deep underground, Ned and Cornelius interview Earth’s greatest resource, celebrities. With the help of the ship’s artificial intelligence, BETI, and the destructive CLODs, Ned must keep his show a secret from his home planet or suffer the wrath of his father, the Admiral of the Galactic Fleet“. Episodes 11-20 will all be made available.

Dr. Seuss’ Horton Hears a Who! (2008): Join Jim Carrey and Steve Carell in this classic adaptation of the Dr. Seuss’ book, Horton Hears a Who!. IMDB sums up the film simply as: “Horton the Elephant struggles to protect a microscopic community from his neighbors who refuse to believe it exists“.

Great Shark Chow Down (2019): You’ll dive deep with National Geographic and the world’s leading scientists and cinematographers to “relive 5 extraordinary shark feeding events. From being surrounded at night by 700 grey reek sharks, a 300-strong gathering of blacktip, dusky and bronze sharks feeding on thousands of bait fish, to the spectacular sight of more than 200 blue sharks feeding on the carcass of a seven ton whale; the Great Shark Chow Down is an epic celebration of sharks from around the world. It ends with a cautionary reminder that these spectacular feasts may soon be a thing of the past as shark numbers crash worldwide“.

Mega Hammerhead: Nat Geo’s official description states: “The hammerhead shark is one of the most recognizable animals on planet Earth. But very few people know that it is also one of the most highly-evolved and specialized predators ever. Dr. Neil Hammerschlag and his team of researchers are setting off on a quest to learn more about this mysterious shark, as well as to search for the most elusive of them all — the massive Great Hammerhead – a shark that can grow up to 20-ft in length and can weigh over 1000 pounds“.

Mr. Popper’s Penguins (2011): “Jim Carrey stars as Tom Popper, a successful businessman who’s clueless when it comes to the really important things in life…until he inherits six “adorable” penguins, each with its own unique personality. Soon, Tom’s rambunctious roommates turn his swank New York apartment into a snowy winter wonderland — and the rest of his world upside-down. Adapted from the award-winning classic children’s book, Mr. Popper’s Penguins is a cool blast of fun for all ages!”-Fox Family Entertainment

Soul (2020): On Christmas Day, 2020, the wait for Pixar’s Soul was finally over. Families across the United States tuned into Disney+ for this unique movie release. Although the opening day for the film may not have been the one Pixar and Disney had hoped for, reviews online raved about Soul.

Disney+ on Soul: “What is it that makes you…YOU? Pixar Animation Studios’ all-new feature film “Soul” introduces Joe Gardner (voice of Jamie Foxx) – a middle-school band teacher who gets the chance of a lifetime to play at the best jazz club in town. But one small misstep takes him from the streets of New York City to The Great Before – a fantastical place where new souls get their personalities, quirks and interests before they go to Earth. Determined to return to his life, Joe teams up with a precocious soul, 22 (voice of Tina Fey), who has never understood the appeal of the human experience. As Joe desperately tries to show 22 what’s great about living, he may just discover the answers to some of life’s most important questions. Directed by Academy Award® winner Pete Docter (“Inside Out,” “Up”), co-directed by Kemp Powers (“One Night in Miami”) and produced by Academy Award nominee Dana Murray, p.g.a. (Pixar short “Lou”)“.

Soul, like many Pixar movies, is a film that will capture the attention of children, while also hitting an emotional cord with adults. The star studded cast helps to build the relationship between characters and the audience. If you do watch Soul with the family, there is no doubt that the moral at the end of the story is a teaching point for both young and old.

After the year that 2020 has been, Soul was a nice reminder that sometimes it’s not about the end goal, but the journey and little details along the way. When the film ended, I found myself appreciating many of the small things that I take for granted on a day to day basis. Sometimes, we all need to get lost in the taste of pizza, the sound of music, or even the commute to work.