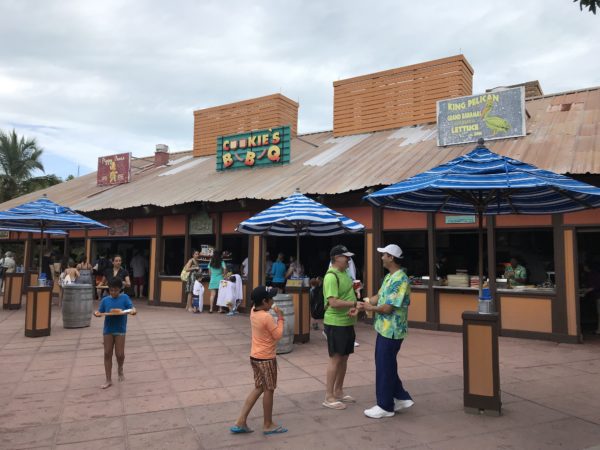 Nine Things You Need to Know about Disney’s Castaway Cay

Castaway Cay has amenities galore including beach gear for free and for sale, tours, and recreation. However, there are some facts about Disney’s Castaway Cay that might surprise you!

Let’s take a look at nine facts you need to know about Disney’s Castaway Cay!

Castaway Day is a little over three miles long and two miles wide. Disney says only about five percent of its 1,000 acres is developed.

It may not be very large, but who wants to walk on vacation? Disney offers free shuttle service around the island so you can take it easy!

A 5k race is 3.1 miles, and coincidentally, that’s exactly how long the island is! Guests at least 10 years old can run, jog, or walk the Castaway Cay for free early in the morning before the island gets very busy. Runners will enjoy picturesque views and even get a certificate of completion and a medal! The medals change every year, so if you’re a returning runner, you’ll have a different medal for each year!

6 – Castaway Cay cares about the environment.

Besides only developing what is necessary, Cast Members monitor and protest loggerhead sea turtle nests, an animal that is on the endangered species list. They are also working to restore the coral reefs. Part of their green plan is to use solar panels positioned in backstage areas. Since sunlight is an abundant natural resource in the Bahamas, they can harness more than enough power to run the island!

Want to rub it in that you’re in the Bahamas while your friends are freezing back home? Just send them a post card with a special postmark and Bahamian stamps, both of which are unique to Castaway Cay! Just look for a small turquoise building- that’s the post office!

As you would expect from Disney, you won’t go hungry on Castaway Cay! Cookie’s BBQ Buffet is included in your cruise price. They serve a delicious barbecue feast and even have kid-friendly and vegan options. There’s also a Cookies Too, an Adult Beach BBQ, fresh whole fruit, and unlimited ice cream. You can also purchase alcoholic beverages.

3 – Castaway Cay has an adults-only area

Just like the cruise ships, Castaway Cay has an adults only area. It’s called Serenity Bay, and it’s about a mile from the main beach. This beach is quiet and peaceful with lounge chairs and two-person hammocks. You can even get a beach side massage!

But what are you supposed to do with the kids while you’re enjoying some alone time at Serenity Bay? Drop the kids off at Scuttle Cove!

Cast Members entertain your kids with water fun, sand castles, soccer, and more. There’s even a dig site called Monstro’s Point. Kids can play freely with beach toys as well. Kids can even eat lunch there.

Castaway Cay is pretty impressive, and we’re not the only ones who think so! The island has won Cruise Critic’s Cruisers’ Choice Award for Best Cruise Line Private Island three years in a row for the last three years!

Disney’s Castaway Cay: have you been?  What did you think?