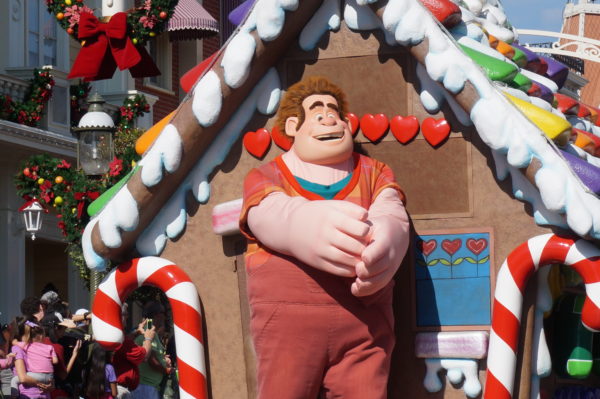 Innoventions at Epcot is a shell of what it used to be and now functions mostly as the Epcot Character Spot. While there isn’t much futuristic about this area anymore, there are some really fun Character meet and greets inside!

The newest duo to meet and greet fans inside Innoventions West is Ralph and his friend Vanellope.

You may recognize them from the popular Wreck it Ralph movie than came out in 2012. They also star in the new Ralph Breaks the Internet movie, which recently hit theaters.

The meet and greet area, which was previously used as a distribution point for Annual Passholder Food and Wine exclusives in 2015, has been transformed into an internet theme with binary numbers projected on the walls and a backdrop representing the internet. Once inside, you feel like you’ve entered some kind of digital arena.

To find Ralph and Vanellope, just go to the entrance of Innoventions West across from The Land pavilion. Follow the line, and it will lead you right to this fun pair.

Would you like to meet and greet Ralph and Vanellope?