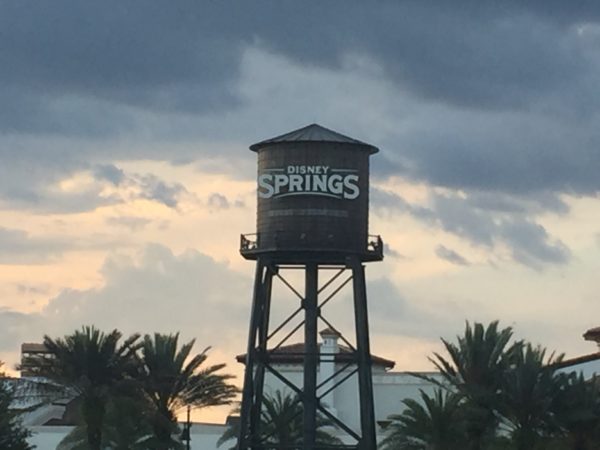 Over the last several years, Disney has been transitioning Downtown Disney to Disney Springs. The name officially changed in 2015, but construction is still on going with old things closing down and new things opening up.

Today, we’re going to talk about three new restaurants that are opening in this entertainment and shopping district. Patina Group will own and operate the restaurants, which will be right across from The Edison, another new dining location in Disney Springs.

All three restaurants, which were rumored in August and only recently confirmed, will fit the storyline of the entire area- a restored Florida Waterfront Town. They will open sometime this winter but probably not until early 2018.

Maria & Enzo’s will be the main attraction in the complex. The theme of this Italian Trattoria will flight set in a 1930s abandoned airline terminal spotted with artifacts like maps and historical flight paths referencing air travel of the era. As is appropriate for an airline terminal, the dining room will have 50 foot ceilings, and diners will overlook Lake Buena Vista.

The complete menu hasn’t been released yet, but we do know that Maria & Enzo’s will serve family friendly dishes inspired by Sicily like pasta, fresh fish, steaks and chops.

Enzo’s Hideaway is the bar of the complex. This speakeasy is inspired by Roman aperitivo (appetizer) bars and will also have a nod to Florida’s rum-running history. The Tunnel Bar, as it will be called, will serve Prohibition-era cocktails and a casual menu of hearty Roman dishes including a few different kinds of spaghetti.

The final eatery will be a fast casual restaurant serving pizza, Italian sandwiches, pastries, and espresso. This counter-service restaurant will be a staple for a quick bite especially for the Sicilian-style pizza by the slice.

We all know that Disney is lacking in the good pizza department.  Yes, there are exceptions, including Blaze and Via Napoli, but another good pizza place would be a welcome addition!

The Italian sandwiches will include roast pork and Triangolo, which is stuffed pizza bread! Yum! For dessert, Pizza Ponte will have Italian Doughnuts, Sfoglia di Riso (pastry with rice cream), and the delicious Tiramisu. All of these desserts will pair well with the espresso.