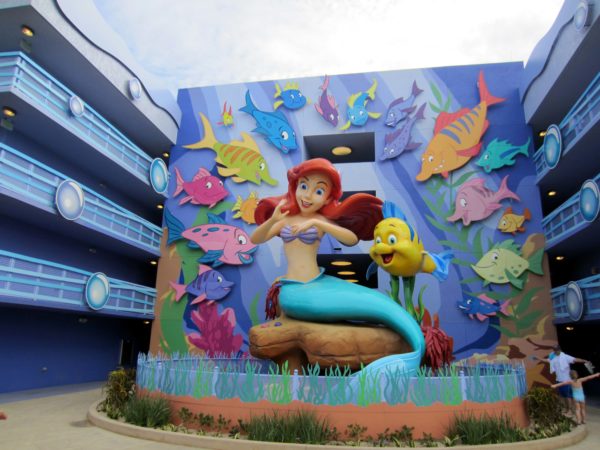 There’s so much to do in Disney World! So many people think that the theme parks are the focus, and while they are a lot of fun, they are not the only game in town!

Families can find plenty to do outside of the parks, and Disney is always added new experiences. This spring, Disney is introducing two new experiences for kids at some of the Deluxe Resort Hotels.

Use clues to search for a hidden treasure, sail on a pontoon boat around Crescent Lake, and be named to Captain Hook’s Pirate Crew. After the treasure hunt, participants will enjoy a feast fit for a pirate including cannon meatballs with marinara or macaroni and gold sauce. The meal will be finished off with a treasure chest treat or fruit for dessert.

To join Captain’ Hooks Pirate Crew, call (407)WDW-PLAY. The cost is $55 plus tax, and reservations begin on April 28th.

If you’d rather be in the water than on the land, check out Ariel’s Mermaid School. Kids four years old or older can take this one-hour-long swimming class during which you’ll learn how to swim like a mermaid. You’ll even be fitted with a mermaid tail!

This experience is available at select Disney resort hotels including Disney’s Art of Animation, Disney’s Caribbean Beach Resort, and Disney’s Yacht and Beach Clubs’ Stormalong Bay. The cost is $50 plus tax, and reservations open mid-March. You can book your spot by calling (407)WDW-PLAY.

Interested in the new Pirate Crew or Mermaid School exeriences?