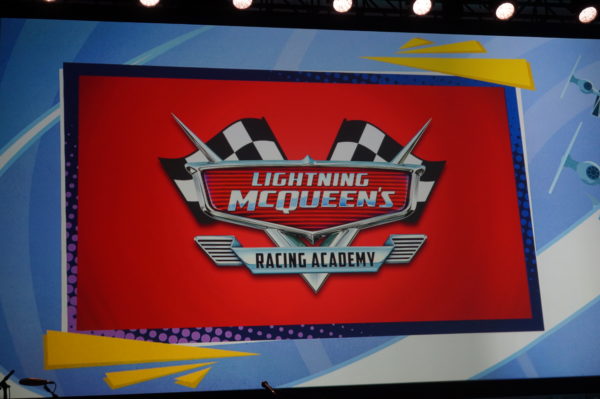 During a media event on Friday, June 29, 2018, Disney announced that in early 2019 it will be offering a brand new show called Lightning McQueen’s Racing Academy.

Disney said this will be a “show experience,” so don’t look for a replication of Radiator Spring’s Racers from Disneyland.

The show will open in just 6 – 9 months, so it will need to use existing facilities.  In fact, Disney said the show will be located near the Rock ‘n’ Roller Coaster, which in all likelihood means that it will be presented in the Sunset Showcase, a multi-use facility that sits next to the Rock ‘n’ Roller Coaster.  The Sunset Showcase is separated by a wall from the coaster, and is typically used for special events.

Disney says the show will welcome guests into the world of Cars.  Lightning McQueen, Mater, and Cruz Ramirez will be in the show.