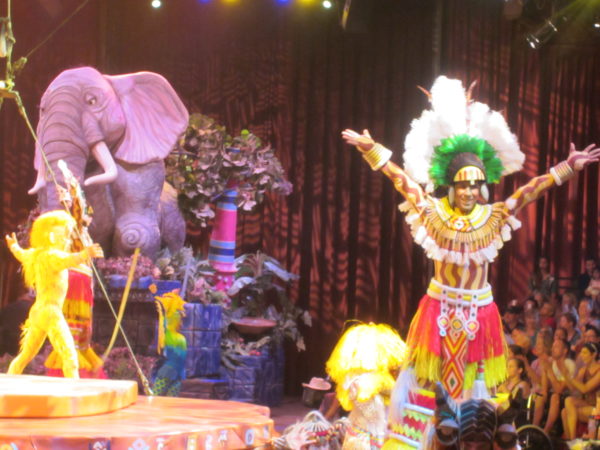 When you think of Disney World, you might think of rides and attractions, but you should also think of Broadway-style shows and tasty eats.

Now, Disney is offering not one but two Festival of the Lion King Signature Dining Packages, and you don’t even have to use a Fastpass+!

These new dining packages offer reserved seating for the incredible Broadway-style Festival of the Lion King show in Disney’s Animal Kingdom plus lunch or dinner at Tiffins, a world-class restaurant. You can even add on a private African Safari tour option!

The packages are $74 or $99 for adults and $29 or $49 for children ages 3 through 9 with the higher prices (Tier 1) including the tour of Kilimanjaro Safaris where you’ll see 34 distinct wildlife species and learn about the animals and the land from an educated tour guide.

The show is an impressive sight with colorful costumed characters and massive animal puppets. It’s consistently considered one of the best shows in Disney World! You’ll even get a commemorative cast photo!

Your Advanced Dining Reservations at Tiffins will include a three-course lunch or dinner with an appetizer, an entrée, and a dessert plus your choice of wine, beer, or a non-alcoholic beverage.

Reservations are now available for dinner and the show from August 13th through November 21st. While this is a limited time offering, Disney could extend it if it’s successful.