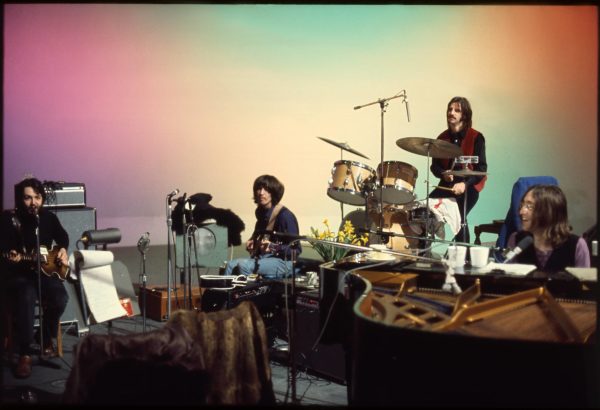 New Documentary, The Beatles: Get Back, Coming to Disney+ (Video)

The film titled “Get Back”, will give fans a unique look at the band’s recording process that helped shape music forever. The film’s trailer is now featured on the Disney+ homepage, although it appears the film will still be released in theaters in Fall 2021.

The Beatle’s official YouTube channel also posted the trailer with the following caption:

“Acclaimed filmmaker Peter Jackson has released an exclusive sneak peek of his upcoming documentary “The Beatles: Get Back” for fans everywhere to enjoy. The 5-minute special look is available to fans worldwide on TheBeatles.com and streaming on Disney+. Jackson said, “We wanted to give the fans of The Beatles all over the world a holiday treat, so we put together this five-minute sneak peek at our upcoming theatrical film ‘The Beatles: Get Back.’ We hope it will bring a smile to everyone’s faces and some much-needed joy at this difficult time.” Acclaimed filmmaker Peter Jackson’s “The Beatles: Get Back” is a unique cinematic experience that takes audiences back in time to The Beatles’ intimate recording sessions during a pivotal moment in music history…“.

Fan of The Beatles?  Looking forward to “Get Back”?