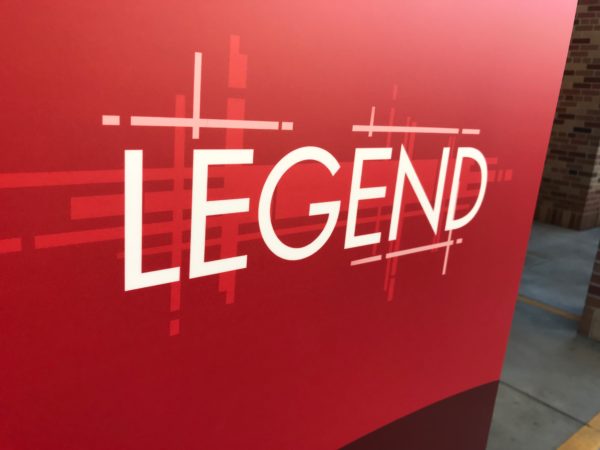 The Disney Legends award honors those who have made a significant contribution to the creative legacy of the Walt Disney Company. This year’s ceremony, which takes place on August 23rd, will induct 11 new Disney Legends into the hall of fame; they will join hundreds of others for a total of 289 people who have left their mark at film, television, and theme parks around the world. Bob Iger, Disney CEO, says this is the highest honor that Disney can give!

Each inductee receives a two-foot-tall bronze sculpture representing the Imagination, creativity, and magic of Disney. Plus, their handprint is immortalized in bronze and placed in the Disney Legends Plaza at the company’s Burbank headquarters.

Let’s take a look at this year’s inductees!

Robert Downey Jr. has appeared in more than 80 films during his career including his Disney debut in the 2006 remake of The Shaggy Dog. He also helped launch Marvel Studios as Tony Stark as Iron Man. He will also play Doctor Doolittle in the 2020 film The Voyage of Doctor Doolittle and is currently in pre-production for Sherlock Holmes. In addition to his Disney Legends award, he has been nominated for two Academy Awards and won a Golden Globe.

Jon Favreau is one of the most successful producers and directors in the industry. He has worked on such projects as Seinfeld, Friends, and Swingers. His recent work includes Iron Man, the live action version of The Jungle Book and The Lion King, and The Mandalorian, which will debut on Disney+ in November. He has also voiced characters for Hercules, Buzz Lightyear of Star Command, Star Wars: The Clone Wars, and Solo: A Star Wars Story.

Oscar, Emmy, and Tony-award winner James Earl Jones has one of the most recognizable voices in the business! He got his start on As the World Turns in 1966 and then voiced Darth Vader in Star Wars: A New Hope and Rogue One: A Star Wars Story as well as for Star Tours in Disney’s Hollywood Studios He also has played Mufasa in many of the Lion King movies and shows and has been a Celebrity Narrator for the Candlelight Processional in Disneyland.

Bette Midler was a driving force in Disney’s Touchstone brand. When she joined Touchstone, which was Disney’s avenue of producing more mature content, she had already won an Emmy, a Grammy, and a Tony. She is perhaps best known for her performance as Winifred in Hocus Pocus.

Kenny Ortega is a director, choreographer, and producer. His first work was on Disney’s Totally Minnie and Mickey’s 60th Birthday. He also directed three episodes of Touchstone’s Hull High, the 1992 feature film Newsies, Hocus Pocus in 1993, and High School Musical in 2006. He produced and staged the Miley Cyrus and Jonas Brothers Best of Both Worlds tour as well as The Making of Frozen, The Cheetah Girls 2, and Descendants 1, 2, and 3.

Barnette Ricci started as a choreographer in Disneyland. She created and directed parades including America on Parade and the Main Street Electrical Parade. She organized grand openings at Disney World, Epcot, and Tokyo Disneyland and has been the brains behind the Golden Horseshoe Revue at Disneyland and the Diamond Horseshoe Revue at Magic Kingdom plus Fantasmic! In both Disneyland and Disney’s Hollywood Studios and now at Tokyo DisneySea. Her final post was as the Vice President and Show Director of Special Events. She retired in 2013 after 40 years of service.

Robin Roberts started in the Disney family at ESPN in 1990. Just five years later, she became a contributor for Good Morning America and earned a seat at the desk as the co-anchor in 2005. She has earned many awards for her contributions to the journalism industry, and since she has taken the desk at GMA, the show has won four Emmys for Outstanding Morning Program. Her production company, Rock’n Robin Productions continues to thrive.

Diane Sawyer was co-anchor on GMA before Roberts. Sawyer became co-anchor in 1999 but not before proving her talent as co-anchor of Primetime. After leaving GMA, she became the World News Anchor in 2009. She has also made significant contributions to journalism and is perhaps best known for covering under-reported topics including the reality of poverty in America and won many awards for covering such difficult topics.

Ming-Na Wen has played Agent Melinda May on Marvel’s Agents of S.H.I.E.L.D and spent seven years playing Jing-Mei Chen on ER. She also voiced Mulan in the movie, the sequel, Kingdom Hearts II, and Disney Infinity. Other roles include those on House of Mouse, Sofia the First, Ralph Breaks the Internet, Phineas and Ferb, Guardians of the Galaxy on Disney XD, and a recurring role on Fresh off the Boat.

Hans Zimmer is an Academy Award, Golden Globe, Grammy, American Music, and Tony-Award winning composer. He has scored more than 160 projects including Gladiator, The Dark Knight, White Fang, Cool Runnings, The Lion King animated feature, Crimson Tide, Muppet Treasure Island, Pearl Harbor, King Arthur, Iron Man and several of the Pirates Of The Caribbean movies. He has also worked on the live-action version of The Lion King, which will be coming to theaters this July.

Do you have a favorite Disney Legend?