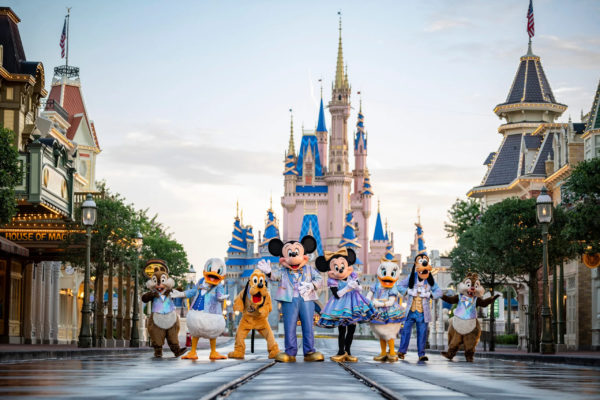 Disney’s “Mickey’s Celebration Cavalcade” will include Mickey and his friends in their 5oth anniversary EARidescent outfits.

The cavalcade will take place several times daily in the Magic Kingdom.

While Disney didn’t say anything about parades, this announcement seems to suggest that will get cavalcades (one or two floats traveling in the park at unannounced times) vs. parades (large numbers of floats at pre-scheduled times) for the foreseeable future.

We also learned that Remy’s Ratatouille Adventure, Harmonious, Disney Enchantment, and Disney KiteTails will all debut on October 1, 2021.