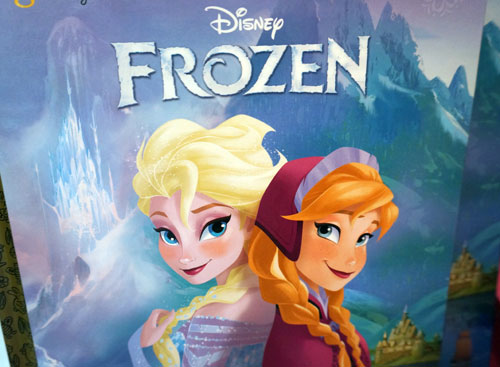 “Frozen” at Norway: Is This the New Normal for Epcot?

Epcot has always been an experiment ever since it opened way back in 1982. After all, the “E” in the original Epcot acronym stood for “Experimental.”

Some folks will say that Epcot is an experiment that has failed. They may argue that it has strayed from its original intent to be a permanent World’s Fair as well as a place to explore futuristic technologies.

They might also point to the recent closure of the Maelstrom attraction in Norway as a prime example. Instead of being true to the culture of Norway, soon this pavilion will host an attraction based on a mythical village from a blockbuster Disney animated film.

It hasn’t always been that way, but to more or less of an extent, Epcot has included Disney characters for most of its existence. If I had to guess, I would say that Epcot will have more Disney characters in the future, and that it could be a good thing for the long-term viability of the park.

When Epcot first opened, there were no Disney characters in the park at all. The Imagineers purposefully wanted Epcot to be very different from the Magic Kingdom.

However, the changes to the approach at the park started almost immediately.

I have often heard Jim Korkis, a respected Disney historian, recount a story from early in Epcot’s history. It seems Michael Eisner, then the CEO of the Disney Company, visited Epcot one day early on and asked his management team why he didn’t see more Disney characters. In fact, Michael was concerned that he didn’t see Mickey Mouse anywhere. The managers informed Mr. Eisner that Epcot was a different kind of park oriented toward adults, education, and technology, and that there were no Disney characters.

Eisner didn’t like that thinking at all.  He immediately ordered that Imagineers work characters into the park. If you have ever seen the infamous photos of Mickey Mouse in a silver jumpsuit with a rainbow on the front, you know how that transition was awkward at first.  However, the transition to add characters to Epcot started immediately.

All the Disney Resorts around the world from California to Florida, from Paris to Tokyo, have a Magic Kingdom-styled park. It’s a place of fantasy and fun, but from a business perspective, it’s also a huge cross-promotional machine. Disney movies inspire the attractions (and sometimes the other way around) creating a magical and profitable synergy.

Epcot, however, wasn’t designed to promote movies. Disney designed Epcot to work like an Expo or a World’s Fair.

The main way those Expos and Fairs make money is through co-sponsorship deals where large companies or even countries sponsor attractions and pavilions.

That approach worked at Epcot, but only for a while.

Do you see a trend? It’s not a good financial trend for Disney.

So many sponsors have pulled out that Disney needs to find a new way to make Epcot profitable, or at least more profitable. After all, Disney is a business whose purpose is to make money.

Everything Old Is New Again

If Expo-styled sponsorships will no longer work for Epcot, what business model will work?

In 2005, Disney added the Finding Nemo characters to the The Seas and breathed new life into a stagnant pavilion. Suddenly people wanted to visit again so they could see Dory and talk with Crush.

We now seem to be seeing the next step on this journey to add more characters to Epcot and improve its performance.

Norway will welcome “Frozen.” Why? Because it pays the bills, keeps people in love with Anna and Elsa, and sells lots of merchandise. Oh yes, and it is because people love “Frozen,” just like they love other Disney movies and their associated attractions from oldies like Peter Pan to old-but-renewed characters like the Seven Dwarfs.

Sometimes experiments go as planned, and other times, they take unexpected turns. I suspect we will see less of a World’s Fair flavor at Epcot and more Disney characters. After all, regardless of whether I am a purist regarding Epcot’s original mission, characters pay the bills and bring in the crowds.  They also earn the money that allows Disney to add, expand, and even reinvent its parks.

Do you like the addition of Disney characters at Epcot?