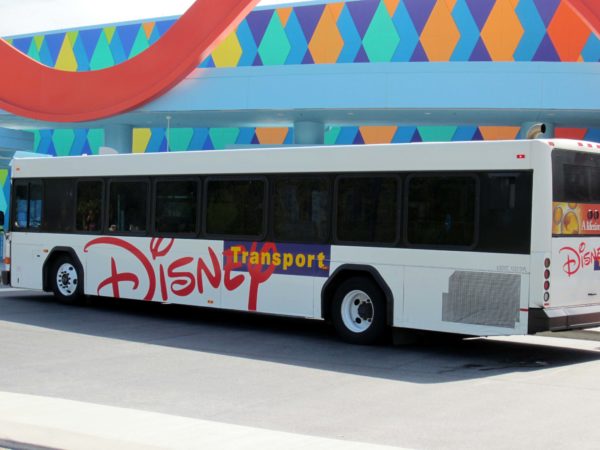 MyDisneyExperience launched in 2012 as part of a larger MyMagic+ initiative, which also included MagicBands. These things really brought Disney World into the 21st century.

One missing piece of information, though, was the bus times. We could see attraction wait times, review restaurant menus, make Advanced Dining Reservations, and even see where the closest restroom was, but we were clueless when it came to transportation timing.

But that’s all changed!

MyDisneyExperience has recently updated their app to include estimated departure times for the next bus at your Disney Resort Hotel.  The app can also tell you approximately when you’ll arrive at your desired destination – whether it’s one of the theme parks or water parks or Disney Springs. The app updates regularly to provide up-to-the-minute times.

As a side note, the only problem is that this constant updating is a drain on your phones battery; I highly recommend having either a charging case or bringing a charger with you during the day so you can keep your phone’s battery charged and ready to use.

To access bus times, you have to be on property and have an active Disney Resort Hotel reservation. The “See Bus Times” link will not even appear until your reservation becomes active.

The latest MDE update not only adds bus times, but it also improves the overall design making it more user-friendly and improving the experience of mobile ordering, adding tickets, booking FastPass+, and viewing park offerings.

Are you excited that you can now see bus times on MyDisneyExperience?