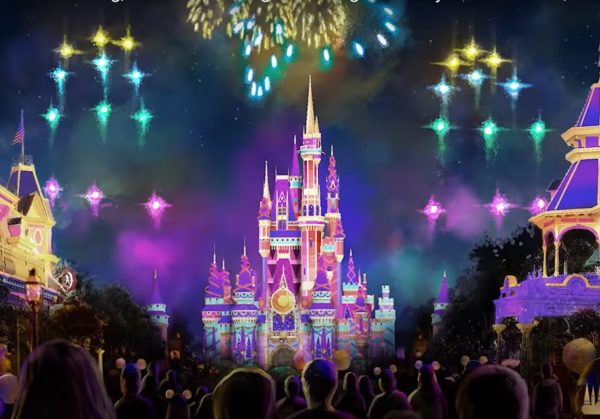 Disney Enchantment is the new Magic Kingdom nighttime spectacular that will debut on October 1, 2021, and will be the permanent replacement for Happily Ever After.

The show features a new song called “You Are the Magic” by former Disney World Cast Member and Grammy winner Philip Lawrence, a songwriter and producer who once performed at Disney’s Animal Kingdom in The Festival Of the Lion King and Tarzan Rocks!

Lets listen to a bit of the new song:

Looking forward to Disney Enchantment fireworks at the Magic Kingdom?