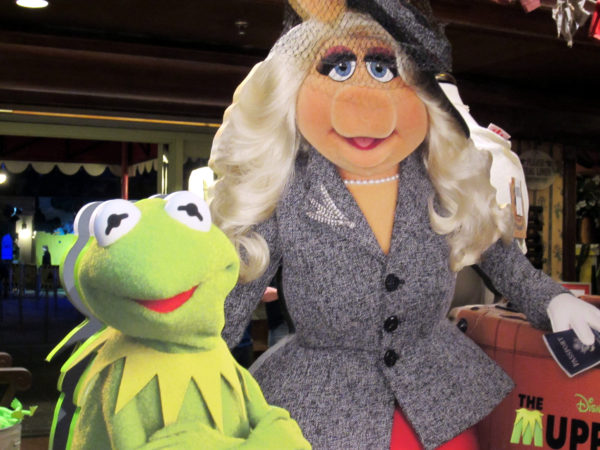 Hall of Presidents in Magic Kingdom‘s Liberty Square closed in January to introduce the figure of newly inaugurated President Donald J. Trump to the historic attraction. The audio-animatronics will greet guests again in June after the reconfiguration of the show.

In the meantime, The Muppets are filling in.

This live show opened a few months ago, even before the Hall of Presidents closed, and it provides some comedic relief to an otherwise pretty serious land. The Muppets present their take on American History a few times a day, and each show lasts about ten minutes. It takes place outdoors in the square.

There are two versions of the show: one loosely tells the story of the Declaration of Independence and the other tells about the midnight ride of Paul Revere. Each show begins with a human town crier dressed in Colonial attire then Sam Eagle comes in and tries to keep things appropriately serious.

So much for seriousness when Kermit (as Thomas Jefferson), Miss Piggy (as the self-appointed Queen Georgette), and the Great Gonzo and his all chicken chorus appear in the second story windows. The crew performs the Great Moments in History song, and the show ends with a refreshing reminder of the significance of American History.

While it is a recognizable departure for the theme and mood of Liberty Square, it is entertaining.

Are you a Muppets fan?  Glad to see them in Liberty Square?