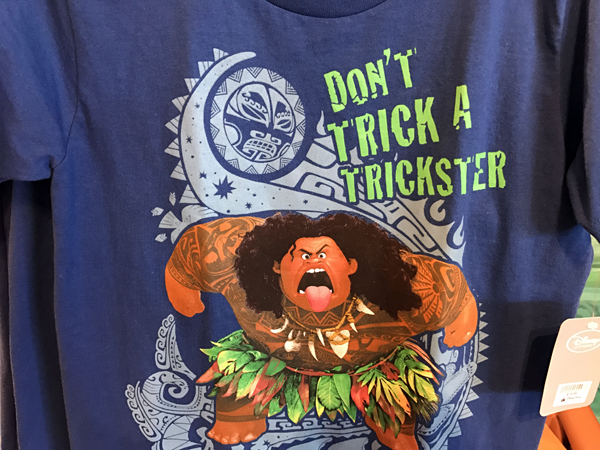 Growing up, we all probably went to the theater to see a Disney movie or two.

In these movies, regardless of your age, you often saw a young girl who faced a problem and worked to solve it. Most of the time, she needed at least a little help if not the full assistance of a male counterpart. She usually ended up living “happily ever after” with him in his kingdom.

While Ariel and Mulan had some shining moments of female empowerment, it was Merida who introduced a generation to strong female characters in Disney movies.

Then when Anna of Frozen hit the box office with her sister in 2013, all bets were off. Disney had created a feminine hero who didn’t need a man to help her use her powers to the fullest. In fact, she – and her sister – turned down potential suitors. What? Yeah, that happened!

If you are one of the few folks who haven’t seen it yet, the newest Disney (Princess) Heroine is Moana. She is strong, resourceful, independent, and very brave.

As the daughter of a Hawaiian village chief, she is set to take over ruling the village. As she grows older, she becomes her father’s apprentice, basically, and starts to make decisions for the village.

The problem that she faces is that the crops are going bad and the trees are all damaged. Her grandmother, the “village crazy lady,” tells her a story about the heart of Te Fiti, which had been removed and must be replaced to heal the land and the crops they must harvest to provide for their people.

When the village’s fishermen return from the reef to report that there are no fish, Moana suggests to fish beyond the reef. Her father adamantly refuses. Moana is led to a cave where she discovers that her people used to be voyagers until her father experienced a tragedy at sea and dry-docked all of the boats hiding them from the people.

Moana’s grandmother says it’s her duty to restore the heart and sends her on a journey that will be dangerous, exciting, and ultimately gratifying. It’s a journey of self-discovery and one that restores your faith in humanity.

With a movie this good, there is so much potential for Walt Disney World.  How could Disney incorporate the Moana story in the parks?  Let’s take a look.

Let’s start at Epcot. Moana is set in Hawaii, so the scenery is beautiful. There are flowers and trees and green grass everywhere. The sparkling water, water falls, and rock structures are just incredible.

Now, do you remember that little festival that comes around every year called the Flower and Garden Festival? I think it’s very likely that we’ll see some Moana-inspired topiary at the 2017 Festival, which runs from March 1st through May 29th. Maybe Disney will “go big” and create a real structure of the restored Te Fiti on the water area in Future World. Imagine giant green mountains with Te Fiti’s image. They could even create Te Fa in front of her. This would definitely be a sight to see and a nice new addition to the Flower and Garden Festival.

The Earth is a primary focus in Moana, and The Land is a popular pavilion in Epcot that focuses on the same thing. Disney could incorporate Moana into Living with the Land boat ride, but it might be time to replace Circle of Life with The Lion King’s Timon and Pumba. A video is less expensive to maintain than a stage show, and it would be just as effective at teaching environmentally conscious living strategies. Moana, with the help of Maui, taught viewers that we can only take so much from the land. Eventually, we have to give back and nurture it to keep it healthy.

Moana is an inspiring character, and I’d like to see her meet and greet be more than just a “walk up, hug, sign an autograph, be on your way” kind of thing.

Picture a “Jedi Training Academy” for Moana. She had to learn to sail from Maui. The experience could be called “Wayfinders Training Academy.” Moana and Maui would teach young wayfinders about sailing and maybe even a little Hawaiian history.

The perfect spot for this is in Disney’s Hollywood Studios, whose name will probably change soon to represent something more appropriate for the re-theming being done right now. Disney could easily find a place in Animation Courtyard or even at Center Stage to set up Moana’s training academy a couple times a day.

One of the dangerous characters that Moana encounters during her journey is the villainous crustacean, Tamatoa. His shell is covered in shiny “trinkets, goblets, gold, and gems” and Maui’s fish hook, which the pair are trying to retrieve. Without spoiling too much, I can say that the crab has a wonderful singing number, reminiscent of Ursula in The Little Mermaid, during which he becomes luminescent. Moana takes advantage of this to trick the crab and recover the hook.

Disney Imagineers have already created the technology necessary for bioluminescence and it’s going to be used in Pandora – Land of Avatar, which is expected to open Summer 2017.

A stage show recreating this scene with Moana, Maui, and of course Tamatoa would be an excellent addition to Disney’s Animal Kingdom. Stage shows are popular in this park, and they still draw crowds. Certainly a new show would have interest!

Magic Kingdom is full of Disney Magic, and I think Moana would do well here. Her is mission is superhuman but her unwavering confidence is a human trait we all desire. She is both human and heroine, and that makes her relatable.

Magic Kingdom already has a scavenger hunt type of game called Sorcerer’s of the Magic Kingdom where guests have to follow clues around the park to defeat the evil villains.

Moana faced a couple villains in Tamatoa and Te Fa. She had to defeat these villains to replace the heart of Te Fiti. Could Disney create a new game that allowed visitors to help Moana get the heart back to its rightful owner? Sure they could! It’s not another attraction, and it’s not another stage show. It’s something different, and studies show that younger generations love experiences.

Disney’s Polynesian Resort seems like the obvious home for Moana, and there are definitely a couple things Disney could do here to make this a fun destination!

The Best Friends Breakfast at the Poly’s ‘Ohana restaurant is a bit outdated. I still love Lilo and Stitch, but when you consider that the movie came out nearly 15 years ago, you start to realize it might be time for an update. Moana befriend Maui, and they became friends. Sure the friendship may have been forced, but it did become real at the end. I would be fun to bring together Maui and Moana for a Best Friends Breakfast.

The Poly would also be the perfect place for story time with Moana’s Grandma. She could retell the story of Te Fiti and even teach kids and their families some traditional Hawaiian dancing.

Should Disney incorporate Moana into the parks?