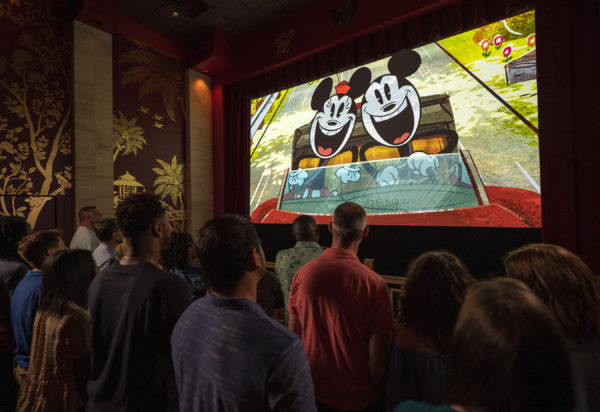 Visiting Disney’s Hollywood Studios for the Mickey & Minnie’s Runaway Railway event was a highlight of my life. It was such a cool experience! I got to meet so many really nice people, and I collected some awesome exclusive content!

I wanted to share some of these interviews with you!

The music of Mickey and Minnie’s Runaway Railway is definitely going to become an earworm! It is classically Disney while also being new and interesting. I got to interview two people who were integral to bringing this attraction to life including Christopher Willis and Cherita Carter.

Christopher Willis is a British composer; he is the composer of the Disney Mickey Mouse Shorts and The Lion Guard on the Disney Channel as well as an array of other recognizable shows and movies like Veep and The Twilight Saga! He is very talented, and some have said that he is the next Sherman Brothers!

Charita Carter, the Creative Director on the project, has been an Imagineer for more than 20 years! She worked closely with Kevin Rafferty to bring everything together on the attraction.

Interview with an Imagineer

Mason Lev is part of the Walt Disney Imagineering team as a Production Designer. His most recent project was Mickey & Minnie’s Runaway Railway. In the following interview, he talks about the attraction including his role, how the 2.5D works, and mentions his favorite scene!