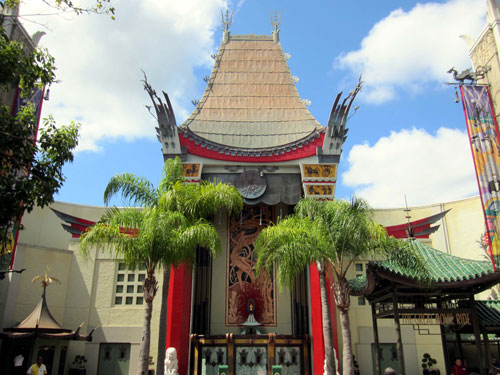 Like many other Disney fans, I can be nostalgic.

Yes, I normally like new stuff, at least when I get used to it, but sometimes I miss the old stuff too.

I know that Disney must change its parks to remain relevant.  FastPass+ is a great example of this.

Walt Disney himself, a constant innovator, knew that things must change. There are two famous quotes from Walt Disney in this regard. The first: “The way I see it, Disneyland will never be finished. It’s something we can keep developing and adding to.” And the second: “Disneyland is like a piece of clay, if there’s something I don’t like, I’m not stuck with it. I can reshape and revamp.”

So we all know things will change. Me too.

All that said, here are three things that I miss from the old days at Disney’s Hollywood Studios:

The Magic of Disney Animation

There was a time when Disney Animation Florida was a place where they made actual Disney animated films. The hard working artists in Florida animated portions of The Lion King and The Little Mermaid. They fully produced the animated movies Mulan, Brother Bear, and Lilo and Stitch in Florida. Visitors could see artists at work on these films, and see concept art and models on display. The Animation Gallery store at the exit to the attraction sold true, unique, museum-quality animation artwork.

I know that the 2004 business decision to close the Florida animation operations, which put 250 animators and technicians out of work, was part of a broader restructuring of the animation business. That decision also initiated the closure of Disney animation studios in Paris and Tokyo. Ultimately that decision is probably a part of the road that lead to Disney purchasing Pixar – with all the good that came from that.

Being so close to a working animation studio, and getting to peek inside, was magical. I miss that.

The Promise of a Working Movie Studio

In addition to seeing into a working animation studio, Disney’s Hollywood Studios also promised a chance to look into a working television and movie studio. Disney invested huge money into building up the “Hollywood of the east” in Florida with the construction of huge sound stages.  Unfortunately, the sound stages stood empty most of the time. Sure, some work was created in Florida such as the TV shows “Win, Lose, or Draw” and “The Mickey Mouse Club”. The HBO series, “From the Earth to the Moon” was shot on the Hollywood Studios sound stages, as was the classic movie “Ernest Saves Christmas.”

Ultimately, it seems that the actors and directors weren’t comfortable with throngs of tourists looking down into the sound stages as they did their daily work. In addition, the heart of the movie business, with the talent, money, and content still lived far away in California.

The idea of being able to see movies and TV shows being created was also magical. I miss that too even though it never really got off the ground in the first place.

The Vision Of Hollywood Boulevard

We all know that Disney is all about story and theme. The entrance to Hollywood Studios – Hollywood Boulevard – does an amazing job of taking visitors back to the glory days of 1920s Hollywood:  the Hollywood that never was and always will be.

The “weenie,” or architectural pull at the end of the street, is the Chinese Theater.  That building was a great way to cap off the story. Ultimately, Disney decided to put the huge Mickey’s Sorcerer’s Hat in front of the Theater building.

Disney recently announced that the hat will come down, but will something take its place?  Will we get to enjoy a view of the theater as Imagineers originally intended?  Will something else take the place of the hat?

The idea of a complete 1920s Hollywood street, consistent and complete from beginning to end, helped transport me and countless others to a different time and place. That is something else I miss.

Looking Back, But Looking Forward

While I miss some things that are no longer around, I know that progress requires change. I’m a huge fan of some of the more recent changes to the Studios like the Rock N Roller Coaster and Toy Story Mania.  With all the recent closures, I’m hoping for some more great additions too.

I know change is good, but sometimes I still reminisce about times gone by.

What do you miss most from the past at Disney’s Hollywood Studios?