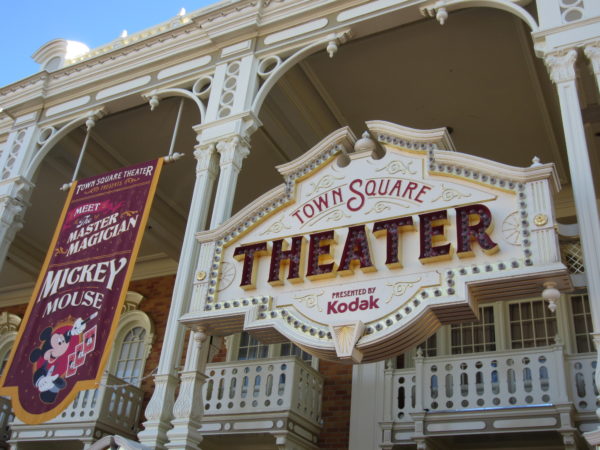 Mickey is Being Silenced

For some guests, meeting a favorite character is tops on their list of must dos in Disney Parks. When Disney announced in 2010 that everyone’s favorite Mouse would now be able to talk to them, Disney fans were so excited.

A talking Mickey Mouse came in Walt Disney World in 2011 and was stationed in the Town Square Theater near the entrance of Magic Kingdom.

Since talking Mickey’s debut, he has been a featured part of press events promoting the parks and the company as a whole. However, the real logistics of a talking Mickey Mouse may have proven too much to bear. It’s pretty easy to make Mickey speak along with a well-rehearsed script, but it’s a lot harder for him to converse naturally in a conversational tone with guests, who don’t follow scripts.

Similar technology has been used successfully in interactive, video-driven attractions like Turtle Talk with Crush in Epcot‘s Future World‘s The Seas’ pavilion and Monsters Inc. Laugh Floor in Magic Kingdom’s Tomorrowland. However, the technology has proven harder to use in the intimacy required in the one-on-one conversation used in a Character Meet and Greet.

Because of all of this, Disney is said to retire the Talking Mickey in favor of a traditional Mickey Mouse who can only communicate in miming actions like a high five.

Talking Mickey was a big investment, so I’m sure that Disney did not make this decision lightly. While no details have been released, Disney probably has some data showing that a Talking Mickey doesn’t rate significantly higher in guest satisfaction than typical character interactions.

Good bye talking Mickey Mouse: Will you miss him?