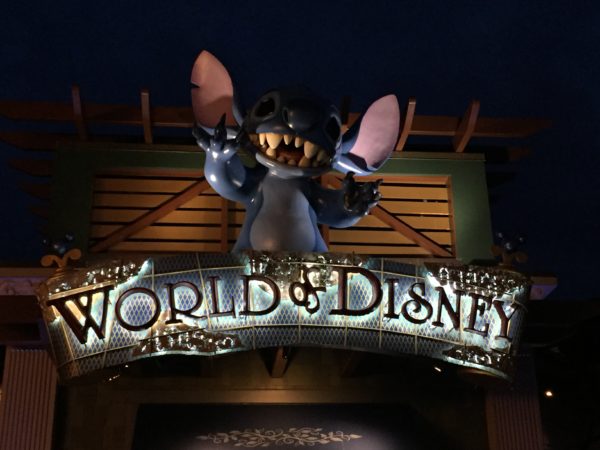 Top 13 Spots To Meet Your Party in Disney World

Disney World is a massive place. It’s hard enough keeping your party together as you meander through the four theme parks, two water parks, two entertainment centers, dozens of hotels, and hundreds of restaurants.

If you decide to split up or worse meet someone, it can be difficult to decide on a location to meet up where you can actually find each other.

One time, I was meeting a friend at Disney’s Pop Century Resort. We were on the phone giving each other coordinates, and we still couldn’t find each other!

Today I thought we’d talk about some of the best places to meet up with friends, family, colleagues, or whomever you may be meeting up with for the day! All of these locations are free (though some require park admission), are easy to find, and are generally not very crowded.

Main Street USA is often very crowded, and it would be difficult to find anyone in the sea of people, but there are some places on Main Street that are perfect for meeting up like the Main Street Plaza Gardens. There’s a great view of Cinderella Castle without the crowds, and once you get there, you can go anywhere in the park!

Casey’s Corner is one of the coolest quick-service restaurants in Magic Kingdom. The food seems like pretty standard theme park fare, but you have to try the corndog nuggets. Casey’s Corner also has a great toppings bar. If you’re meeting someone, consider meeting them here. There are tables outside, and you might even get to hear an old-time pianist! I don’t suggest making this a meeting spot at night though because the tables fill up and the whole area gets crowded very quickly ahead of the fireworks show.

Epcot is about to undergo some major renovations. Much of the existing park especially in Future World will be closed and renovated or replaced completely. Fortunately, there are still some locations that will remain open.

The Land is one of them. It’s an ideal meeting spot because it is close to the park’s entrance and sits on top of a hill, so it’s really easy to find. Epcot also has excellent signage making everything in the park even easier to find.

Inside The Land are two attractions including Living with the Land and Soarin’, which is one of the most popular rides in all of Disney World. There are also a couple of really good restaurants one of which being Sunshine Seasons, which gets much of its fresh produce from what is grown in Living with the Land.

You can meet outside the building, inside on the second level, which is where you will enter, or in the Sunshine Seasons Restaurant.

If you or the rest of your party is entering through the International Gateway or you want to explore World Showcase, consider meeting in one of the country pavilions. The American Adventure is a great choice. Set your meeting location in front of the America Gardens Theatre. There are hardly any crowds here as long as there’s not an event like the Candlelight Processional going on, and it’s a centrally located in World Showcase.

Backlot Express is a quick-service restaurant located in Echo Lake at Disney’s Hollywood Studios. This dining location has delicious food and plenty of seating (with even more added recently) so it’s a great place to meet up, grab some grub, and get back to the parks.

Nearby attractions include Indiana Jones Epic Stunt Adventure, Jedi Training Academy, and Star Tours. There’s plenty to do just outside of the restaurant, and once Star Wars: Galaxy’s Edge opens, there will be even more to do!

Also in Disney’s Hollywood Studios is Dinosaur Gertie at Dinosaur Gertie’s Ice Cream of Distinction. Gertie is very large, and you can’t miss her, so she makes for a great meeting spot! When you meet your party, explain to them that Gertie is based on a 1914 animated short film by Windsor McCay. The film was groundbreaking for its time and served as an inspiration to many animators including Walt Disney. Don’t forget to get some ice cream while you’re there too!

Gertie isn’t the only dinosaur in Disney World, though. There’s another much larger dinosaur in Disney’s Animal Kingdom in front of the ride “Dinosaur”, which looks like a real-life archeology institute. The ride is one of the bumpiest in Disney World, but it is fun to ride! The dinosaur in front of the attraction is a great meeting spot because it’s very large an easy to spot. It’s also an easy walk from the park entrance. Disney’s Animal Kingdom can be a bit confusing (by design) though, so be sure that everyone has directions to get here!

Also in Disney’s Animal Kingdom is the park’s icon, The Tree of Life. There are often lots of crowds in this area, so it’s not ideal, but it is very easy to find and is a central location. These reasons make it a great meeting spot!

If you’re meeting someone in Pandora – The World of Avatar, the drums in front of Na’vi River Journey would be a great choice. They’re fun to play, and they are a central part of the land. They’re also really close to the park entrance, so you don’t have to walk through the whole park or deal with lots of crowds to get to your meeting location.

Like the lobbies, Disney’s hotel pools are also centrally located. This might not be an appropriate meeting location for colleagues, but if you’re meeting up with friends or family, the pool can be a perfect spot. All of the pools at every hotel level have bars and counter-service dining at the pool or very close by too! Just relax and enjoy some R&R! It is a vacation after all!

The World of Disney store is the largest Disney store in the entire world, and it’s a really great place to meet up in Disney Springs. It’s located in the Disney Springs Marketplace area, and while there are a few different entrance points, the best meeting spot is the spitting Stitch because it’s specific and easy to distinguish from the others! Watch out, Stitch might get you wet, though!

Morimoto Asia is a Signature Dining table-service restaurant that feels luxurious in all ways, but it isn’t pretentious. It’s great for any kind of meeting whether it’s a colleague, friends, and even families. The restaurant is centrally located, and again, very easy to find! If you just want to meet and get going, consider stopping by Morimoto Street Food. It’s the quick-service section of the table-service restaurant. The menu isn’t extensive, but there’s enough variety with snacks, sushi, and noodles, and the patio is really nice.

Where is your favorite meeting spot in Disney World?