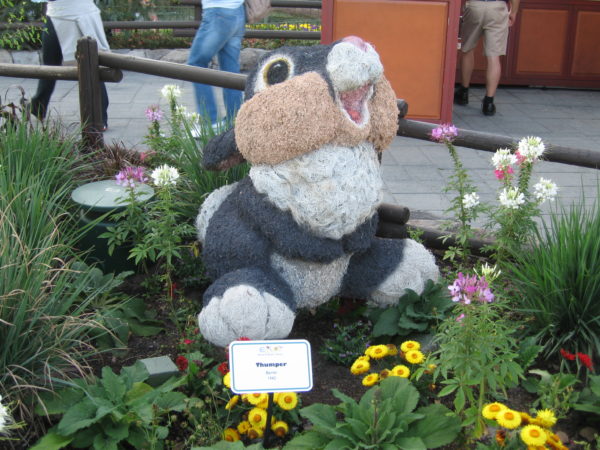 For a Limited Time, Meet some Very Rare Characters at Disney’s Animal Kingdom!

Walt Disney and his studio released Bambi in 1942. In 2008, this animated film was named the third best film in the animated category, and in 2011, it was added to the National Film Registry of the Library of Congress.

This year marks the 75th anniversary of this very significant Walt Disney film, and to mark the occasion, Disney is introducing a very special, very limited time meet and greet with some VERY rare characters!

Thumper and Miss Bunny will appear at Conservation Station at Rafiki’s Planet Watch in Disney’s Animal Kingdom from August 25th to August 27th between 10:20am and 4pm.

While it’s too late (probably) to plan a special trip to meet these two, if you already have a vacation planned or you’re a local, you’ll definitely want to head over to Animal Kingdom to meet Thumper and Miss Bunny.

I can’t express enough how rare sightings of these characters are, and it could be a very long time before they appear again!

Would you enjoy meeting Thumper and Miss Bunny?