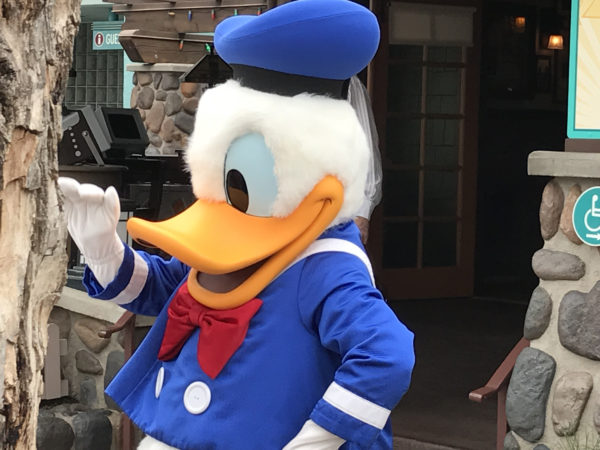 Disney’s Hollywood Studios is home to several fun and unique meet and greets; you can’t find them anywhere else!

Star Wars characters Chewbacca, Kylo Ren, and Darth Vader are exclusive to Hollywood Studios as are Disney Junior’s Sofia the First, Doc McStuffins, and Handy Manny. Guests can also find Olaf and Mickey in his Sorcerer’s Hat and Minnie in her Hollywood best.

Now, you can meet another one of the Fab Five and his sweetie in Disney’s Hollywood Studios! Donald and Daisy are now meeting and greeting guests at the very front of the park to the left as soon as you enter. You can find them in front of Sid Cahuenga’s.

They’ll each have their own line. While this cuts down on wait times because guests don’t have to spend the time to greet both famous ducks, you will have to wait in two lines if you want to meet both of them.

This is a great photo opportunity though because Donald and Daisy will both be in their Hollywood outfits. What’s more, Daisy hasn’t appeared in the parks for a while, so this is an extra special event!