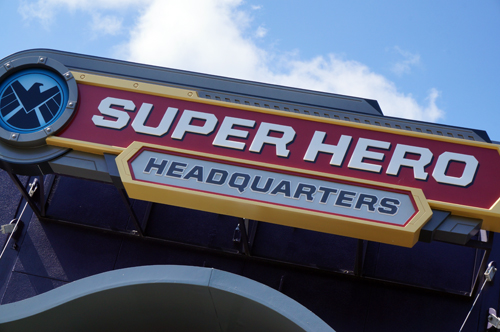 If you follow the activities of the Disney Company, you may remember that back in 2009 they purchased Marvel Entertainment for a cool $4.2 billion. Marvel is the company that owns many classic comic book characters including Spider Man, The Hulk, and Captain America.

In hindsight, it seems like Disney made a smart purchase. Marvel has created the top grossing movie franchise in the world. The Marvel Cinematic Universe films have raked in well over $7 billion – more than Harry Potter, James Bond, and Star Wars.

Still, with all the excitement around Disney’s ownership of the Marvel characters, they are notably absent from the Disney parks. Why? Because Universal Studios Parks, Disney’s competitors just up the road in Orlando, purchased the exclusive rights to use Marvel’s characters in theme parks before Disney purchased Marvel.

I’m sure a small army of Disney lawyers is trying to figure out how to get the rights to use Marvel characters in the Disney parks, but as of now that hasn’t happened.

Even so, Disney can still sell merchandise with Marvel Characters. They’ve even opened a store dedicated just to Marvel. It’s called Super Hero Headquarters and it’s located in Disney Springs.

The store isn’t especially large, but it has some nice theming details. It also has a good selection of Marvel-inspired clothing, art, and collectibles.

Are you excited about the new Marvel Super Hero store in Disney Springs?