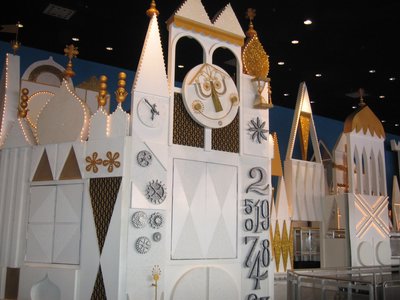 Man Awarded $8,000 For Getting Stuck On It’s A Small World

According to Yahoo and the NY Daily News, attorney David Geffen says that his client has been awarded $8,000 for being stuck on the “It’s A Small World” attraction for 30 minutes when the ride broke down in 2009. The award was given for pain and suffering, as well as violations of disability laws.

The client, who was with his wife, was also forced to listen to the attraction’s theme song over and over. The lawyer stated that “The music was blaring. They couldn’t get it to go off.”

Geffen’s states that his client, a disabled man who is paralyzed named Jose Martinez and who uses a wheelchair, didn’t medically stabilize for three hours after the ride stopped. Geffen stated that Martinez suffers from high blood pressure and panic attacks which were aggravated by the man’s need to use the restroom. Geffen states that Martinez was the only guest not quickly escorted off the ride, probably because he is wheelchair bound.

The event took place at Disneyland, where spokeswoman Suzie Brown said that she believes the park acted appropriately and that the organization was disappointed that the court ruled against Disney.

Does this sound like the infamous McDonald’s hot coffee lawsuit to you?

What do you think about this judgement?