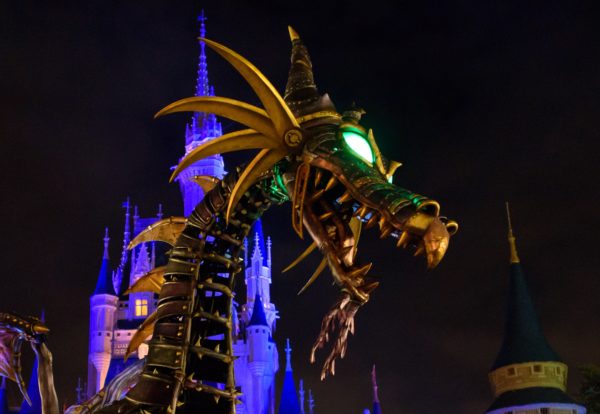 The summer-long Tournament of Disney Villains run by the Not Your Mother’s Goose podcast has come to a thrilling conclusion, and the “Baddest of All-Time” is: Maleficent.

It was magic powers over meanness, as Maleficent edged out Lion King rogue Scar by the slimmest of margins, 241-235.  The six-vote differential was reflective of the tight clash throughout. The lead changed hands ten times over the course of voting, which was as close as 215-214 in the late going.

With Scar so close to claiming the title himself, he was given a special “Dishonorable Mention” award on the show. He had advanced to the finals out of the New School bracket, following a win against Hades and upset victories over Ursula and Jafar. Scar was the only villain to even threaten Maleficent in the entire tournament, as she had garnered over 70% of the vote against both Cruella de Vil and the Evil Queen from Snow White prior to her 50.6% win in the finals. 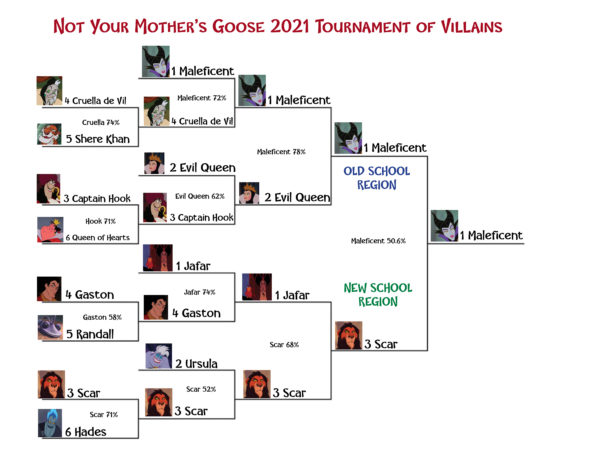 With voters given the chance to provide analysis of their votes, most voters cited Scar’s evil in killing his own brother and blaming his nephew. Maleficent’s supporters pointed to her superior powers and ability to turn into a dragon, saying those put her over the top. One voter summed up her thoughts by saying, “In my opinion, Scar would find himself her house cat if these two were to truly battle.”

Thanks to the enthusiastic response, creator (and occasional World of Walt contributor) Topher Goggin plans to run another Disney-themed tournament soon and is looking for input on what it should be. (Disney rides? Soundtracks? Sidekicks?) Meanwhile, to listen to the final results of the Villains battle, along with more voter comments, check out the latest episode of Not Your Mother’s Goose.