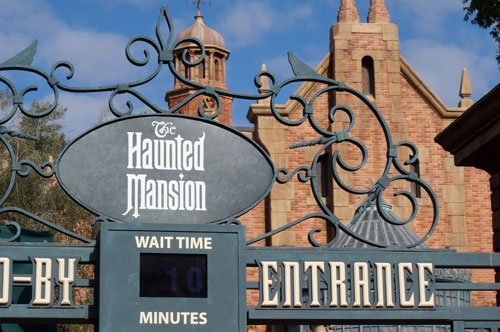 The Magic Kingdom: What Works, What Could Improve

Walt himself oversaw much of the initial planning for the Magic Kingdom, even though he never saw the finished product.

He wanted another project to work on, and he noticed that most Disneyland visitors were from the west. Walt realized that building a park on the East Coast would not only generate more revenue but also make his brand a lot more accessible to the whole country.

What resulted is a larger plot of land, a bigger castle, and six themed lands: Adventureland, Frontierland, Fantasyland, Tomorrowland, Main Street USA, and a new land, Liberty Square. After years of research, planning, and construction and the death of its visionary in 1966, Magic Kingdom opened on October 1, 1971.

Almost 50 years and millions of guests later, there are plenty of park critics. While many people like to look at what’s wrong with Magic Kingdom, I like to be a positive critic and always look on the bright side of life. See what I did there?

Instead of looking at strengths and weaknesses, let’s call the categories “what works” and “what could improve.” Here are the things we love about Magic Kingdom as well as some things that could be even better.

Disney World has iconic attractions that I have to ride every time I visit. A Walt Disney World Resort Vacation would not be complete without a visit to Pirates Of The Caribbean, Mad Tea Party, Haunted Mansion, Space Mountain, and It’s a Small World.

This timeless appeal is what we love about Disney World. It’s obvious that Walt put his heart and soul into planning Magic Kingdom, and Disney World Executives still contemplate what Walt would want when designing and building new areas. The Magic Kingdom is the most popular theme park on earth.  It remained popular over time and survived trends and fads that other parks haven’t been able to survive.

In addition to the attractions we love, there are also several seasonal events that keep us coming back holiday after holiday. Mickey’s Not-So-Scary-Halloween Party and Mickey’s Very Merry Christmas Party are two of the most popular, but there are several other great events. The New Year’s Eve celebration is even more amazing than the nightly Wishes Nighttime Spectacular. There is also a Fourth of July celebration called Celebrate America that holds true to Walt’s vision and mission of keeping Disney World focused on classic Americana.

What’s more, Magic Kingdom is occasionally home to Disney’s 24-hour Celebration, which allows guests to party all day and night in the most magical place on earth. Most people don’t realize that Disney also knows how to make more minor holidays like Valentine’s Day special. Maybe you’re celebrating a more personal event like a birthday, engagement, honeymoon, or graduation. Stop by Guest Relations and pick up a celebration button. As you meander through the park, Cast Members and even guests will congratulate you! It’s like making your own holiday!

There’s a ton of variety in Magic Kingdom as well. Guests can take a walk down a turn-of-the-century small town’s Main Street, visit the Wild West, float through an exotic jungle, transport into the future, go back to early America, and even dream your way through some fairy tales. There’s something for everyone including parades, a ton of shopping, and more attractions than any other Disney World park.

Restaurants aren’t the only variety in Magic Kingdom; there’s also a ton of live entertainment including Dapper Dans, Cinderella Castle show, Main Street Trolley Show, Citizens of Main Street, and Captain Jack’s Pirate Tutorial. Disney Characters make appearances all over the park and in the daily parades. Maleficient, the fire-breathing dragon leads the Festival of Fantasy parade every afternoon, and you’ll see your favorite characters in the Move It! Shake It! Dance & Play It! Street Party, which happens a couple times a day.

Even though Disney has some great table-service restaurants, they’re pretty expensive. Cinderella’s Royal Table, Be Our Guest, Tony’s Town Square, The Plaza, Liberty Tree Tavern, and Crystal Palace have amazing food, but it comes at a cost. Perhaps Disney has begun to recognize that guests like more affordable table-service options since they have recently opened the Jungle Navigation Co. Ltd. Skipper Canteen. I’d love to see this continue with more reasonably priced sit-down restaurants in Magic Kingdom.

Affordable table-service isn’t the only thing we’d like more of; we’d also like more thrill rides. Sure, Splash Mountain, Space Mountain, and Big Thunder Mountain are exciting, but they’re not quite as exhilarating as Twilight Zone Tower of Terror, Rock ‘n’ Rollercoaster or Expedition Everest. However, Walt wanted Magic Kingdom to be a family-friendly park with attractions everyone can enjoy and we have to appreciate the fact that Disney Execs are keeping true to Walt’s plans.

Even so, Tomorrowland could use some improvements. A land built around the future should in fact reflect the future. However, this is a hard theme to keep up with. Let’s face it, Tomorrowland Speedway isn’t original or futuristic and really doesn’t live up to what guests expect out of a Disney attraction. Then there is Stitch’s Great Escape, which is, operating seasonally so it may be on the way out.

Despite these downfalls, crowds continue to pack the park on a daily basis. Entry may even be limited on some days when the park is reaching capacity. The worst bottlenecking occurs around Peter Pan’s Flight and the Seven Dwarf’s Mine Train. Hopefully Disney can figure out a way to better channel guests through this area to avoid the human traffic jam.

Finally, Magic Kingdom is the farthest from the other parks. This removed location can be frustrating for those not at a Magic Kingdom Resort since the bus ride can be pretty long. Even more, if you’re driving, you have to park at the Ticket and Transportation Center then take the monorail or ferry to the park. Because of this, you have to plan for the extra travel time. Perhaps this was by design to make guests feel like they’re entering a magic land that is distant from real life. It would be nice, though, if Disney could make getting there just a little more efficient.

What would you like to see improve at the Magic Kingdom?