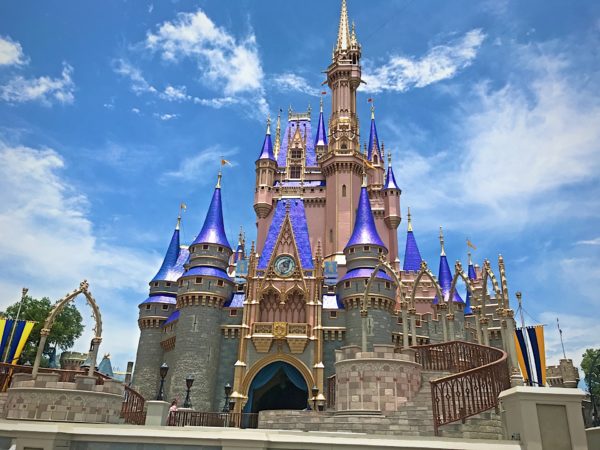 My First Day Back In The Magic Kingdom: 17 Changes

It’s been a long four months, but the magic is finally returning to Disney World.

Disney World Parks welcomed back their first guests on Thursday and Friday for Annual Passholder Previews. The Magic Kingdom and Disney’s Animal Kingdom reopened to the public on Saturday, July 11th, and Epcot and Disney’s Hollywood Studios will reopen on July 15th.

I had a chance to visit the Magic Kingdom on July 10.  There were some new magical experiences, even as some of the things we previously enjoyed are discontinued as new policies and rules are put in place to keep guests and Cast Members safe.

Let’s take a look at some of the changes you can expect to see at Disney World. Many of these changes will be in place at least through the end of the year.

Here is one of the biggest changes, even before you set foot on Disney property: If you want to enter one of the Disney World theme parks, you’ll have to have a reservation and a valid admission ticket. You can make your reservations in the MyDisneyExperience App or the Disney World web site using the Park Pass feature.

You may have some restrictions on your ticket, so check blockout dates.

Also, many Park Pass dates are completely booked, so don’t just show up expecting to get in!

You still need to pay $25 to park, unless you have an Annual Pass.  When you make it to a parking spot, Disney Cast Members first put cars in every other spot.  Later, they fill in the empty spots between cars.  This provides for more social distancing.

The parking trams are not running, so you can expect a few extra steps before your day inside the park begins.

Just as they have done at Disney Springs, personnel from Advent Health conduct a temperature screening using touchless thermometers for all guests.  The process is very quick.

In the past, Disney security personnel looked through each bag.  Zipping and unzipping backpacks was a right of passage.  Now, security instructs guests to remove metal objects and put them into a bin or a bag, and then walk through the metal detectors with their bag in hand.  They review the metal items, and you are on your way.

You won’t see crowded buses because they’re enforcing social distancing. There aren’t any connecting services since park-hopping has been suspended. Disney has also suspended Minnie Vans. Disney has not confirmed how long these things will be suspended or if they’ll return at all especially in the case of the Minnie Vans.

The monorail has new partitions between cabins, and each cabin holds two families only.  Everyone must sit down during their journey.

Part of Disney’s reopening plan included requiring face coverings for all guests over the age of 2 years. This is true for all public spaces in the parks, at Disney Resort Hotels, on Disney Transportation, and any other Disney-owned property.

If you are seated to eat, you can take your mask off.  Otherwise, it must be on.  No exceptions and Disney Cast members will actively enforce this rule.

I saw all guests fully complying with this new rule.

In the Magic Kingdom, there are three Relaxation Stations with additional social distancing where you can take off your make while not eating.  One is in Frontierland next to A Pirates Adventure: Treasures of the Seven Seas and the Golden Oak Outpost dining location; one in the Tomorrowland Terrace; and one indoor, air-conditioned location in Pete’s Silly Sideshow in Storybook Circus.

You will see Disney selling masks in many locations around the park.

We finally get a close up look at the new color scheme for Cinderella Castle.  It looks great!  It looks much better in person than in photos.

Occasionally Disney plays a safety reminder over the public address system throughout the park reminding guests to wear face coverings, wash hands, and maintain social distancing.  These announcements were a little odd to hear since it is rare to hear an announcement everywhere in the park, but these announcements weren’t intrusive.

Disney also has plenty of safety signs and social distancing markers on the ground.

Disney promised in their reopening proposal to reduce contact between guests and Cast Members. Opting for contactless payment is one big way this is being done.  Each register has a reminder about the option to pay in using a contactless method.

I had heard that you might still be able to order in-person, and maybe that is the case.  However, my experience at Cosmic Rays what that mobile ordering via the My Disney Experience app was required.

Ride vehicles also practiced social distancing. Since each attraction is different, this was done to different extents, but you can generally expect rows and seats to be left empty – especially on train-type vehicles.

In the Carousel of Progress, every other row as blocked off, and in each row, four seats were available, followed by three seats that were blocked off.  This was the same at Mickey’s Philharmagic.

In Pirates of the Caribbean, it seemed that boats were loaded with two empty rows between parties.

On the Tomorrowland Speedway, cars seemed to operate as normal.

Disney has introduced a Social Distance Squad, which consists of Cast Members wandering the parks and remind guests to stay socially distanced. They’ve already been hard at work at Disney Springs, and you’ll see them in the parks as well.

Disney has installed social distancing markers nearly everywhere.  During the preview, guests seemed to follow these carefully.  I never experienced any crowding of any kind.

Disney has canceled all fireworks shows, up-close character meet and greets, parades, and any other entertainment that would cause large crowds to gather uncontrollably.

However, you can still see Disney characters from afar.  Cinderella’s evil stepsisters were bickering on the balcony at the back of Cinderella Castle (which is always fun to watch).  Mickey and friends waved good by from above the train station on Main Street USA at the end of the day.

Disney has canceled all FastPasses and shut down the whole FastPass+ system. Instead, they use all the queue lines to maintain distance between groups. There’s no word on the future of this or any similar service.

With such small numbers of guests, at least for now, FastPass wasn’t necessary.  Almost every attraction was no wait, walk on.

One of the most amazing aspects of the reopening is that the crowd levels are very small.  Smaller than I have probably ever seen.  Ever.  Seriously.

I walked on to Space Mountain (twice), Big Thunder Mountain (twice), and Seven Dwarfs Mine Train (three times) with zero waits.  I had to wait a few minutes for Pirates of the Caribbean and for Peter Pan’s Flight, but that was it.

One perk of staying on property was daily Extra Magic Hours both before and after regular park hours. Disney has also canceled these. The likely reasons are that the parks will be less crowded already because of the decreased capacity allowances and fewer guests wanting to visit – plus the increased need for deep cleaning after guests have gone home for the day.

On the day I visited, the Magic Kingdom closed at 7 pm – an almost unheard of early time, unless Disney is putting on a hard-ticket event like a Halloween Party or Christmas Party.  Still, I was able to see and do plenty during my time in the park.

Disney has discontinued park-hopping through 2020. There are some indications that it may be reinstated next year, but nothing has been confirmed on that front. Plan to visit only one park per day.

It Was A Good Day

Personally, I was thrilled to get back into the Magic Kingdom.  I felt very safe, had a great time, and was able to see and do a lot in a relatively short day.

The experience was different but still very magical.  It was good to be home.

Happy that the Magic Kingdom is open again?