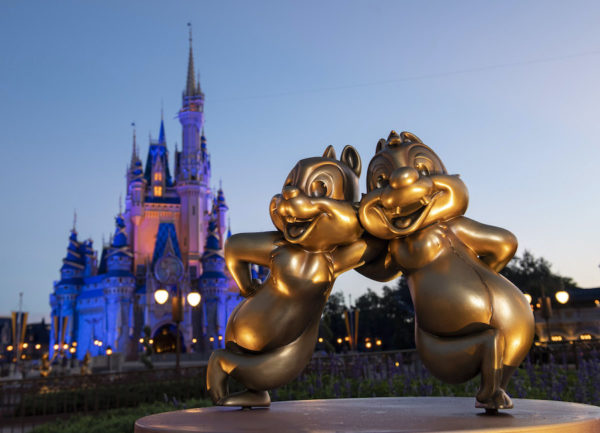 Disney has installed the first of the golden Disney Fab 50 sculptures around the Magic Kingdom, including Mickey Mouse, Minnie Mouse, Donald Duck, Daisy Duck, Pluto, and Chip and Dale.

Disney took a unique approach to announce the list of statues over the past few months, sharing information on different social media outlets from various parts of the company including Pixar, Lucas, ESPN, DVC, D23, Disney+, and others.

The Disney Fab 50 installation honors Walt Disney World on its 50th anniversary and The World’s Most Magical Celebration, which starts on October 1, 2021, and lasts until early 2023.

Excited to see the first Fab 50 statues installed in the Magic Kingdom?