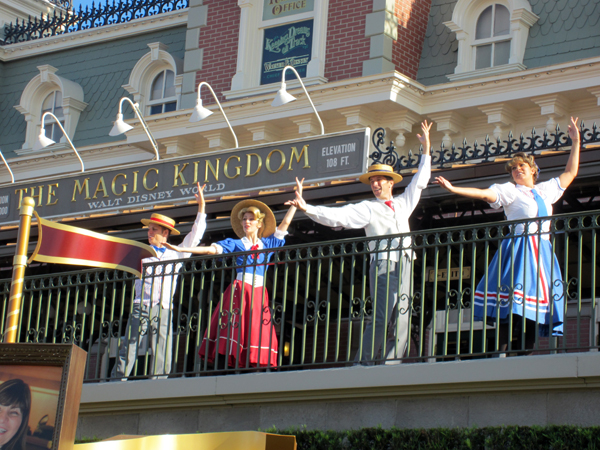 Since the opening of Magic Kingdom in 1971, the park didn’t open until the park opened. Starting January 9, 2017, guests will be able to enter Magic Kingdom even before the park actually opens.

Beginning January 9th, 2017, guests will be allowed to enter Main Street USA even before the park opens. You won’t have to wait in the front of the park anymore; instead, you can enjoy the early morning charm of Main Street – and stop by Main Street Bakery for a Starbucks beverage and pastry or do a little shopping.

You’ll then make your way to Cinderella Castle where the new welcome show will take place.

While we don’t have a name for the new show, you can be sure that it will include your favorite characters. It will probably be even more spectacular than the current show since there is more space in the shadow of the castle. What’s more, the area will hold more people and probably be less crowded.

Disney recently announced that the Walt Disney World Railroad would be refurbished in 2017. Whether this has an impact on the change of the show, or whether the current show will return after the train rehab is complete, we don’t yet know.