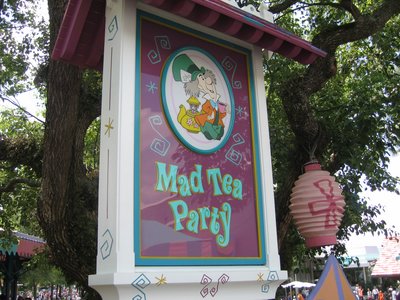 If you are one of those people who believes 100% that Walt Disney World Resort in Orlando, Florida is the most magical place on earth, but you have never actually been there – to coin a phrase, “You ain’t seen nothin’ yet!” You’ve waited your whole life for this moment, you’ve scraped, and saved, and wished upon stars, and now you finally have the right combination of money, time and magic to make that Disney vacation happen. You’re so excited, you could just fly or split open (depending on the moment). On your list of must-sees that you are no doubt compiling this very second, add as many of the Magic Kingdom attractions as you can.

It is important to realize one thing: The Magic Kingdom Theme Park in Walt Disney World Resort is magic in its purest form. Both in attraction and entertainment options, this theme park brings to life Disney’s most beloved bedtime stories and fairy tales. Whether it is your first, 5th or 50th time visiting Walt Disney World Resort, a day in the Magic Kingdom turns adults into kids, and kids into well, very happy kids. The iconic Magic Kingdom with its majestic Cinderella Castle and Main Street of dreams is an essential part of the Disney experience.

Much like Walt Disney World Resort is divided into 4 theme parks, the Magic Kingdom is divided into 6 different areas: Fantasyland, Tomorrowland, Frontierland, Adventureland, Main Street, U.S.A. and Liberty Square. Each area has a theme, with attractions, rides, entertainment and special events pertaining to the theme they’re in. These areas help to keep the variety offered by the park from seeming overwhelming. Breaking them down into small, more manageable areas also makes it easier for guests to plan an itinerary of sorts for exploring the park.

A Quick Review Of Popular Attractions

Each area has an attraction or two that really stands out from the rest. It becomes what the area is know for. For example, everyone knows that the fun and furry animatronic band, the Country Bear Jamboree, is in Frontierland. The Hall of Presidents is in, where else, Liberty Square. The Pirates Of The Caribbean ride that inspired those oh-so-exciting films starring Johnny Depp is in Adventureland. Main Street, U.S.A. in addition to, oh you know, the Cinderella Castle, has the Main Street Vehicles offering nostalgic tours of the picturesque park. Consider these sort of like the “must-sees” for those particular parks, but don’t forget that there are other thrill rides, games and shows to entertain you. They just aren’t as famous because if everything stood out the way Walt Disney’s Carousel of Progress did in Tomorrowland, then nothing would actually stand out at all.  A few other attractions that are worth your time and attention include Stitch’s Great Escape, a sensory adventure starring everyone’s favorite little blue alien, Stitch!

The Frontierland Shootin’ Arcade is another underrated attraction that has its home in the Magic Kingdom. This Old West style shooting gallery will keep you on your toes as you shoot at targets that look like vultures, gravestones and a creepy tree. Aren’t ghost towns fun? The Thunder Mountain Railroad that runs through Frontierland is an exciting and historic roller coaster, not for those who aren’t prospecting for a good time!

Speaking of fun, how fun are talking birds? More specifically, how fun are talking Disney birds? How would you like to watch them in a colorful and enchanting show full of singing birds, flowers and Tiki statues? If that sounds like a good time to you, venture on down to the Enchanted Tiki Room in Adventureland. Another great ride located in Adventureland is the Magic Carpets of Aladdin. Flying, tumbling and free-wheeling has never been so much fun!  You can survey the jungle in the attraction inspired by the 1960’s film the Swiss Family Robinson Treehouse.

Unlike the other lands in the Magic Kingdom, one is packed with so much special Disney brand magic, so much fantasy and wonder, that is could only be called one thing – Fantasyland. Fantasyland is the Neverland that every kid secretly wishes he or she could run away to, and with the Peter Pan’s Flight ride, they can do just that. Fantasyland just has a couple too many stand-out attractions to have one or two that are integral to its identity. If Fantasyland has one of those, it is most definitely the famous “It’s a Small World” ride. Dumbo the Flying Elephant and the Mad Tea Party rides probably compete for second place.

After the contenders for second, there are a host of rides, attractions and entertainment worth a looksie. You can check out Snow White’s Scary Adventures, a ride as thrilling as it is fantastical

It doesn’t get much more magical than a carrousel ride, unless of course that carrousel is the Prince Charming Regal Carrousel in Fantasyland at Magic Kingdom. Whether you’re a prince or a princess, riding a white steed around this artistic wonder of a ride is hard to beat.

Friends At Every Corner

Just in case you weren’t 100% sure, there are Disney character performers throughout the entire theme park. So no matter where you are, the potential to run into Mickey and his love Minnie or their buddies is a lot better than winning the lottery!

One of the greatest, and most quintessential Disney of all the experiences you will have in the Magic Kingdom, is meeting a character performer in the garb of the Disney mascot himself, Mickey Mouse. Shaking his hand, giving him a hug, grabbing an autograph or taking a photo with him will have you feeling about 6 years old – in a good way. A hug from Mickey will easily leave you elated, giddy and optimistic that the world really is as beautiful as you thought it was. What could be better than meeting Mickey Mouse, honestly? 3, 5, 8, 18 or 80, no matter your age, there’s really not much that beats it – maybe eradicating world hunger comes close!

Now Is The Time To Go

If you have been waiting your whole life to go to Walt Disney, and you finally have your chance, by all means go and enjoy – but do your research first. Make an itinerary of sorts so that you don’t get so excited and overwhelmed upon arrival that you instantly forget everything it was that you wanted to do. You could spend your whole vacation in Walt Disney World Resort exploring the Magic Kingdom theme park all its attractions, and it would not be a wasted vacation.