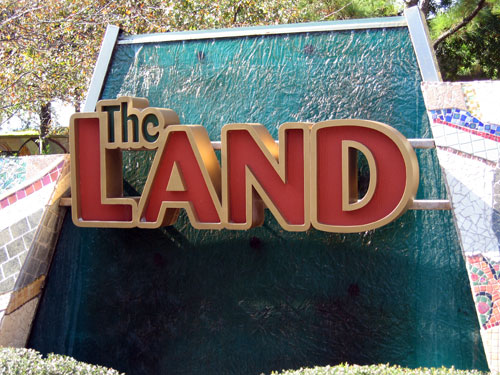 Five Lost But Not Forgotten Songs from Epcot History

The music in Disney’s parks is a big part of the experience. Some of the music provides a background soundtrack while other songs have literally become a part of our culture (“it’s a small world”, anyone?).

When Disney decided to close or change attractions, sometimes we lose some fun and memorable songs.

Fortunately, through the magic of the internet, we can bring back those happy tunes and enjoy them once again.

Let’s take a look at five lost but not forgotten songs from Epcot:

Location: Future World (located in The Land where you now find the Sorarin’ queue)

From 1982 to 1994 Disney presented an animatronics show called the Kitchen Kabaret show in The Land. It included songs by food-themed acts presented by a total of 28 different animatronic figures including the Cereal Sisters, the Milky Way, and Hamm & Eggz.

Disney presented the Tapestry of Nations parade in Epcot’s World Showcase from 1999 – 2001 as part of the millennium celebration. It was later adjusted and renamed the Tapestry of Dreams, which ran until 2003. The show included large puppets, drums, and a theme of world peace.

Disney also presented a version of the Tapestry of Nations show during the Super Bowl XXXIV halftime show.

Before Ellen DeGeneres and Bill Nye the Science Guy, the Universe of Energy was a bit more serious but still hopeful and upbeat. The music reflected the themes of a better future that were found all around Epcot early on.

Before the thrills of Test Track, Disney offered a look at the history of transportation in the World of Motion. The attraction combined animatronics and projections. It was an opening day attraction and ran through January 2, 1996. The end of the ride gave a glimpse of CenterCore, a futuristic city that was always in motion.

Believed by some folks to be the sequel to the Carousel of Progress, Horizons opened in 1983 and looked at many different topics, including communication, energy, and transportation. Horizons closed permanents in early 1999.

What long-lost song do you miss most from Epcot?