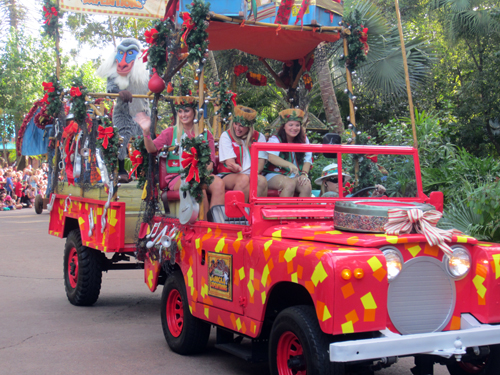 Parades seem to be a staple in Disney World. There’s no shortage of parades including the Festival of Fantasy Parade, the Electric Water Pageant, and the Main Street Electrical Parade. Recently, though, certain parades have been cancelled to make room for expansions.

This parade celebrated the magic and beauty of nature as well as the art and craftsmanship of Africa and Asia. It also featured five character vehicles, four drum sculptures, and three rickshaw taxis to transport and guide puppets, Disney characters, stilt walkers, and party patrols totally 63 Cast Members each day. These Cast Members invited up to 23 guests to participate in each parade!

It is unfortunate that Mickey’s Jammin’ Jungle Parade has been cancelled, but new things are coming to Animal Kingdom.

In 2017, Avatar Land will open in Animal Kingdom completing the original dream of incorporating mythical creatures in the park alongside natural animals. The area that will become Pandora will interfere with the parade’s path as well as guest’s viewing areas.

At this point, there is no plan to replace the Jungle Parade, but we can hope that a new parade might begin once the Land of Pandora has made its debut.