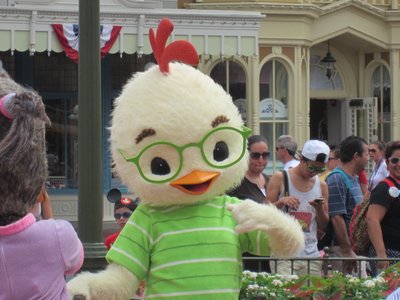 For the second time this year as part of the Limited Time Magic promotion, Disney has returned some long lost friends to the Magic Kingdom for some meet and greet time.

The greetings took place from July 15-21, 2013. Generally speaking the characters were  available from 9am to 5pm for pictures and hugs.

Chicken Little and Abby Mallard from the 2005 Disney movie called Chicken Little showed up. This was the first time I had ever seen these particular characters in the park. They made their temporary home in town square, near the flag pole at the entrance to Main Street USA – across from the railroad station.

Also in town square were characters from the 1973 Disney movie Robin Hood. Robin Hood, Prince John, Friar Tuck, and The Sheriff of Nottingham were on hand to meet and greet. They were part of the previous Long Lost Friends event, and seemed to be having a good time. 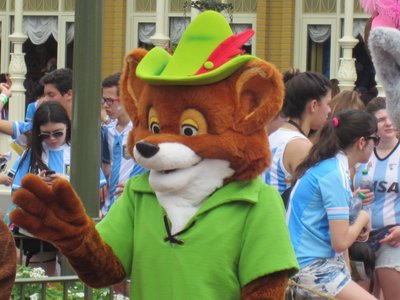 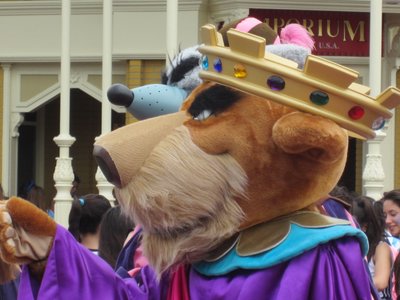 Song Of The South

Br’er Rabbit, Br’er Bear and Br’er Fox took up a space on the sidewalk in front of the Town Square Theater. 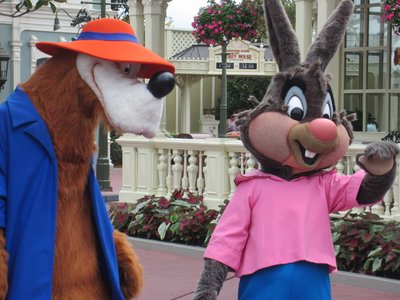 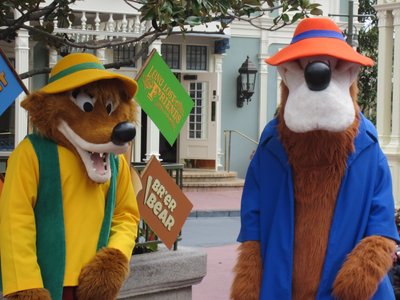 The Princess And The Frog

The evil Dr. Facilier and Louis from the 2009 Disney animated movie The Princess and the Frog took up residence near the exit of the Town Square Theater. Folks have noted that Dr. Facilier has made appearances at Mickey’s Not So Scary Halloween Party, but this might be the first time that Louis has made an appearance. 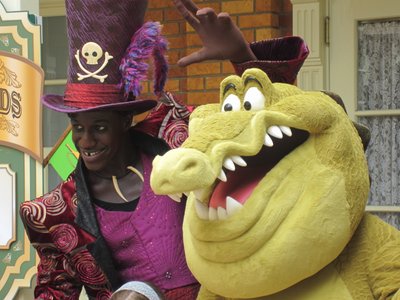 Dr. Facilier and Louis the alligator. 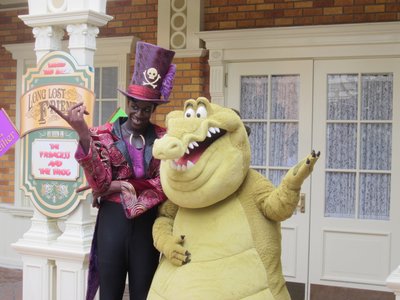 Smile for the camera!

What do you think about this return of Long Lost Friends?