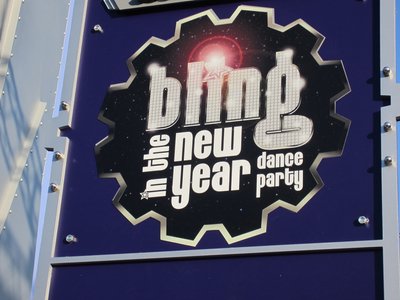 Disney World’s promotion for 2013 is called “Limited Time Magic.” It includes a different promotion each week – some big, some small – but all for a limited time.

The first promotion of the year is called “Bling In The New Year”, a live stage show that takes place on the Rockettower Plaza Stage located between The Carousel of Progress and Space Mountain.

The show includes a dance party, Disney characters, and a countdown to the New Year – featuring different cities.

I had a chance to check out the show – see the video below.

I know this is the first promotion, but it seems to be much like the dance party that is held occasionally in the same location. I guess the special part was getting to see it at a different time, and with a new name?

What do you think about Bling In The New Year?