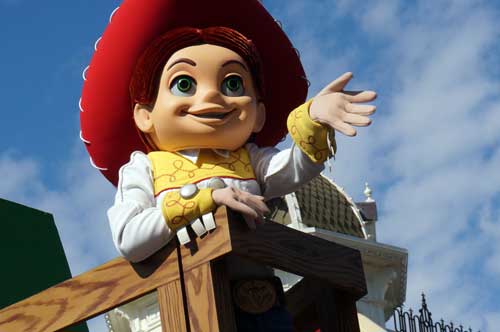 Walt Disney once said, “You can design and create the most wonderful place in the world. But it takes people to make that dream a reality.” I remember seeing that quote in several different places both onstage and offstage when I first started working in Walt Disney World, and each and every time I read it, it would hit me: that quote was about me.

Obviously Walt Disney didn’t say that quote about me specifically (I was born years after he had passed away) but he meant everyone who had worked for the Disney company, including the Cast Members at his dream project, Disneyland.

As a Disney Cast Member, I had the awesome opportunity to do my best to further Walt Disney’s legacy each and every day.

Here are the Lessons I Learned During My Time As A Cast Member.

This one sounds really simple and easy, but far too many people who work for major companies around the world aren’t very good listeners. They want to hear a little bit of the problem, then push the customer (or guest) off on someone else like a supervisor or colleague. I learned NEVER to do that as a Cast Member. I was taught how to stop whatever I was doing at the time to truly listen to anything any guest had to say.

I also learned to go out of my way to completely satisfy the guest to the best of my abilities before involving anyone like a manager or supervisor.

Truly and completely listening to a guest and then helping them with their issue isn’t normally very hard to do and those guests remember you later on.

Example: I was a custodial host at Disney’s Animal Kingdom. The park was only a couple of months old and no one knew how to get around. I would frequently have park guests ask me for directions. I’d listen to exactly where they wanted to go, and instead of telling them directions, I’d walk them to their destinations myself. Something like that goes a long way in improving a guest’s Disney vacation!

Disney’s Cast Members are constantly asked questions that they don’t know the answer to. It happens every single day.  Honestly, you’d be surprised at some of the questions I got from guests in the various roles I had in the theme parks and resorts.

As a Cast Member, you’re taught to never, ever say “I don’t know” to a guest. Instead, Cast Members are taught to say something like, “I’m not quite sure, but I will find out the answer for you.” Something simple like that can completely change the conversation around for a frustrated guest.

Imagine being upset about a ticket issue or a problem with your MagicBand. If you went to a Cast Member and asked for help and they told you “I don’t know,” you’d be even more upset! But when that Cast Member tells you that they will find out the answer for you and get you the help that you need, it makes all the difference in the world!

Example: A few years ago I took my daughter (who was 2 at the time) on Kilimanjaro Safaris. During the bumpy ride she, well, did what a 2 year old might do if you load them up with water and take them on a safari. My shorts were SOAKED, and I went to the closest store in Africa to find new shorts. The Cast Member I encountered saw my issue, but had no idea where to get shorts in the park. She told me she’d find out, radioed her manager, and 10 minutes later I was much more dry and comfortable! Thank you, Cast Member Angela from Orange, New York, for not asking me if I wet my own pants!

When I first became a Cast Member and went through my Traditions class (a Disney training class that all new Cast Members go through), I was given a small card with Disney’s Seven Guest Service Guidelines printed on it. To this day I have them memorized (I first received that card 18 years ago – that’s how much of an impact these principles had on me), and think about them almost daily. Here they are:
• Make eye contact and smile
• Greet and welcome each and every Guest
• Seek out Guest contact
• Provide immediate Guest service recovery
• Display appropriate body language at all times
• Preserve the “magical” Guest Experience
• Thank each and every Guest

Honestly, following these guidelines is still a major part of the business I run today. The reason Disney has such fantastic Cast Members is because they are all taught these guidelines from day one.

Sure, over the years I’ve encountered a few Cast Members who haven’t represented all of these guidelines as well as they should, but for the most part I’ve seen these principles put into action on every trip I’ve taken to Walt Disney World over the last twenty years.

The Seven Guest Service Guidelines are what separate Disney Cast Members from everyone else and they are a big part of the reason why those negative Cast Member experiences are very few and far between!

Example: Here’s a perfect one that hit on almost every single one of the seven guidelines. On our last trip, my daughter (the same one from the Safari story!) wore a princess dress to the parks every day. Most Cast Members wave and say “Hello Princess,” bow, or call her by the name of the princess’s dress she is wearing. Those are all magical experiences, of course. But on this last trip, as we were walking through the Main Entrance of the Magic Kingdom, a large security guard approached us. He got down on one knee to get to my daughter’s eye-level, handed her an autograph book and a pen, and said “Princess, can I have your autograph? Thank you!” With that, he made eye contact and smiled, greeted a guest, sought out guest contact, displayed appropriate body language, preserved the magical experience, said thank you, and absolutely made a five year old’s trip!

They Works Outside The Parks Too

Quite honestly, the lessons I learned about life, how to treat people, and business from working at Walt Disney World don’t stop there, but I only have so much room to tell a story every week!

I know I will be encouraging my children to take a semester off from college when they are older to go work in Walt Disney World so they will have the same education that I’ve had! Sure it will take them a little longer to finish their degrees,but the experience and knowledge they will come back with is absolutely invaluable!