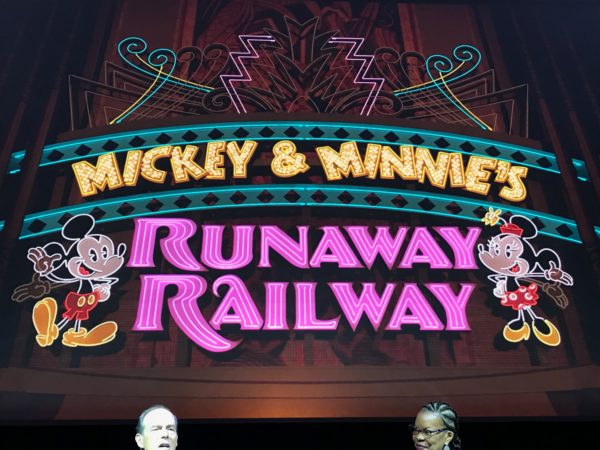 At today’s Hollywood Studios media event, which I was able to attend courtesy of the nice folks at Disney Media Relations, we learned a few new things about Mickey and Minnie’s Runaway Railway, a new attraction coming in 2020. 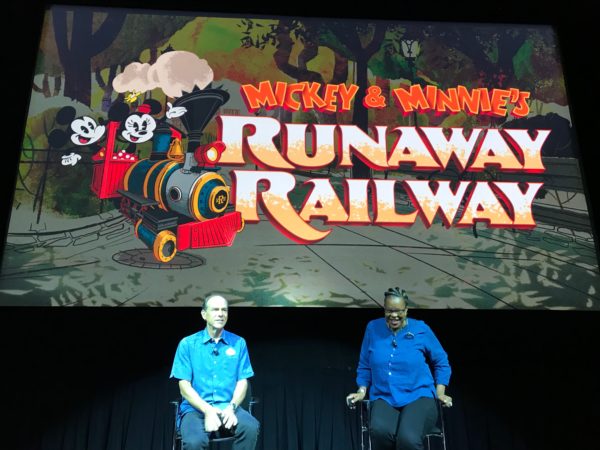 Disney Imagineers are hard at work on the Runaway Railway, where you will enter the cartoon world. 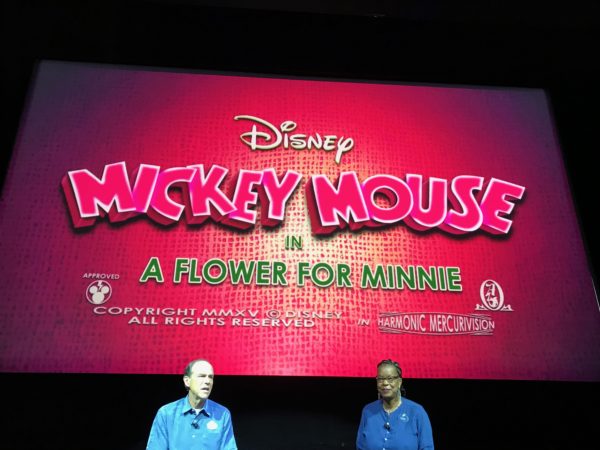 The attraction is based on the zany world of the new Mickey Mouse shorts, like seen in A Flower for Minnie.

The attraction is not based on this particular short, but it will have this look and feel.

A new marquee, in glorious neon, will grace the front of the Chinese theater. 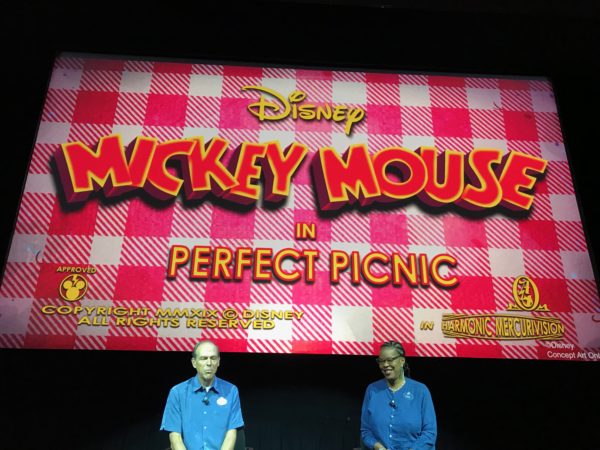 In the pre-show you will watch a Mickey Mouse short called Perfect Picnic. Something happens and you enter the cartoon world. 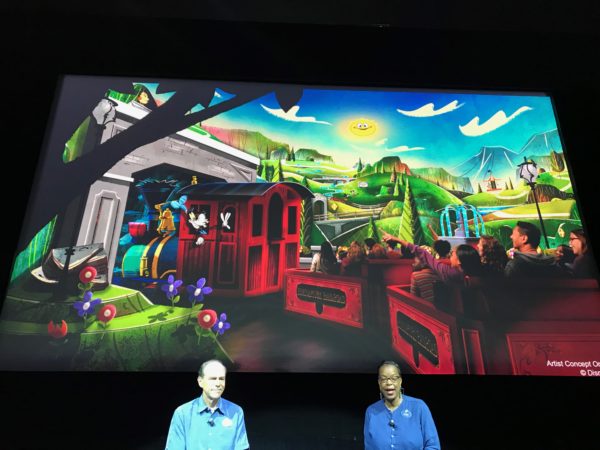 Board a train with your conductor Goofy. What could possibly go wrong? 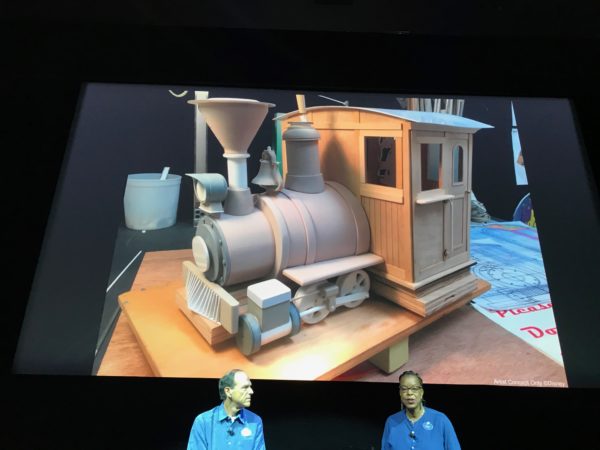 Disney spent lots of time on the details, such as seen in this model of the train ride vehicle. 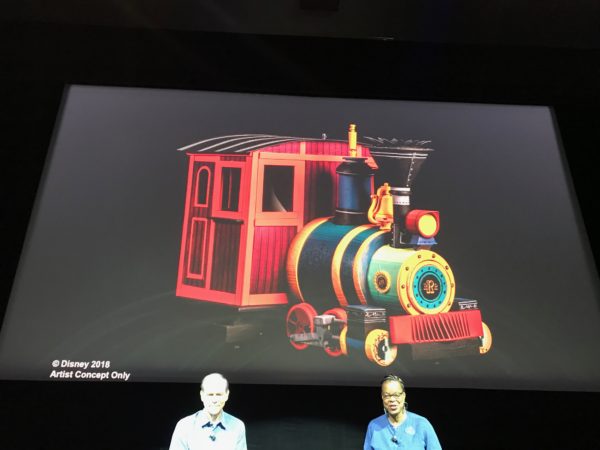 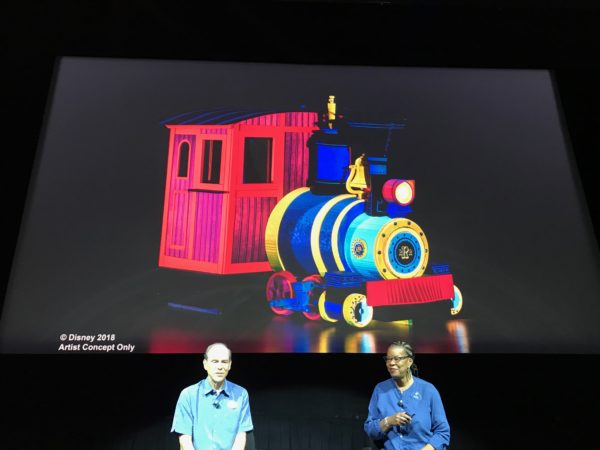 Special paint on the vehicles appears differently under white light and black light. 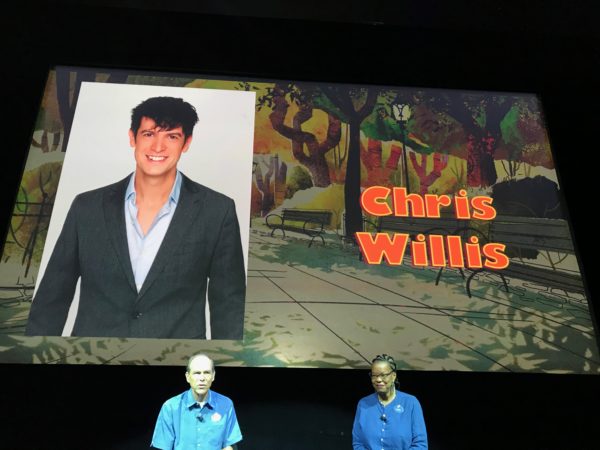 Chris Willis created the music for the attraction, as he has for many of the Mickey Mouse shorts. 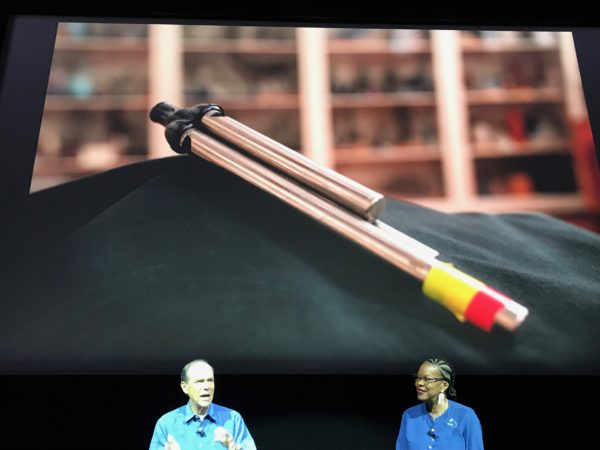 Disney used the actual whistle used in Steamboat Willie to create the sound effects in the attraction. 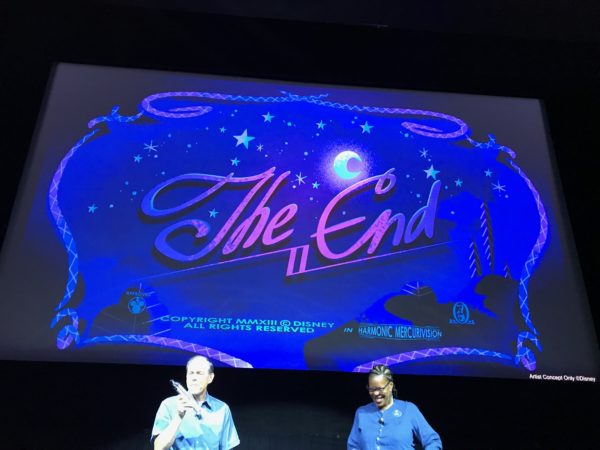 Happy to see Mickey and Minnie get their own attraction?